Issue 88 of the (newly renamed) Smartphone & PDA Essentials magazine (in the UK) has a seven page feature group test on 'Best multimedia smartphones', looking at all aspects of music, image, video and camera, plus the relevant interfaces and controls. In addition to the Nokia 5800 XpressMusic, the other contestants were the Blackberry Storm, the Samsung Tocco Ultra and the T-Mobile G1. Rather curiously, the Apple iPhone was absent, and it was doubtless written too early to look at the Samsung i8910 (Omnia HD) - in their absence, the Nokia 5800 swept all before it with an overall rating of 9/10. Photo below. 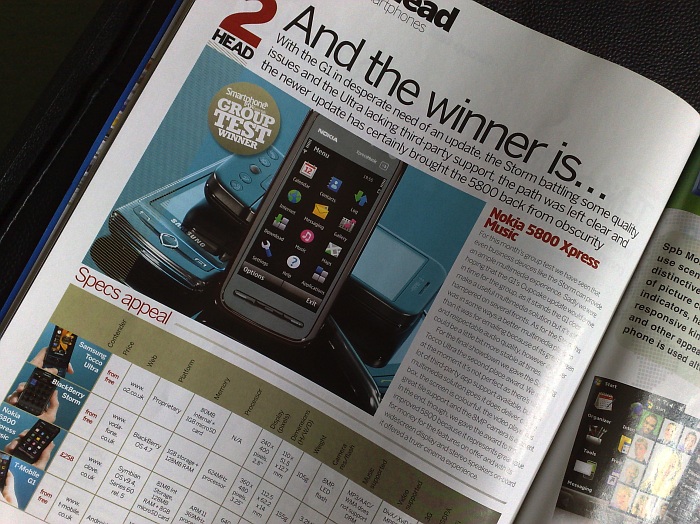 PS. And no, I didn't write the group test. This was done by the core editorial team.