Quantifying the improvements in the Nokia N86's camera

It may not have Xenon flash, but the Nokia N86 8MP does have a camera with the next level of performance: a bigger, better sensor, variable (and wider) aperture, wide angle optics and faster shutter speeds. In theory, this means, among other things, that it will cope much better in low light situations without needing to use flash at all. Using photos from the latest N86 8MP prototype and comparing them to those from the current imaging king, the N82, I explore the theory below. [Text amended 11.30am]

The limiting factor with most camera phone photos is that there's simply not light registering on the small sensor for good indoor photos. So you get blurred images (a result of having to keep the shutter open for longer to gather enough photons) or 'noisy' images (a result of there simply not being enough photons captured to produce reliable and consistent colours). Or both. The sensor in the N86 8MP is almost certainly bigger and more sensitive, plus the optics themselves are listed as 'wide angle' and the widest setting in the much trumpeted 'variable aperture' (f2.4) is half a stop wider than that (f2.8) in the fixed aperture N82, giving 50% more light in extreme conditions. It all adds up to better photos when the chips (and lights) are down.

See the example photos below, ripe for analysis. Firstly, a photo taken by the N86 8MP in normal indoor (but brightish) conditions. Click through to see a typical snap from the N86 8MP in all its glory: 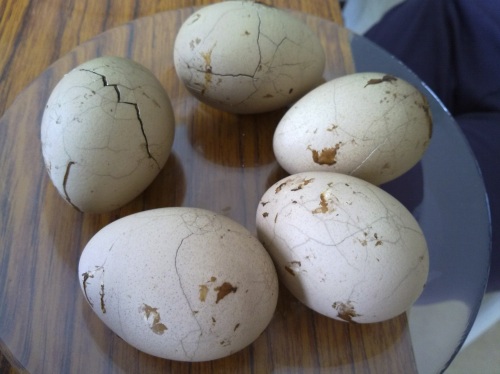 Now we'll deliberately take the N86 8MP to the limit, into conditions where the differences in sensor size and quality, plus the slightly larger aperture, should be evident. Here's an indoor composition in very poor (dusk) light, taken on the N82. The flash has been turned off deliberately: 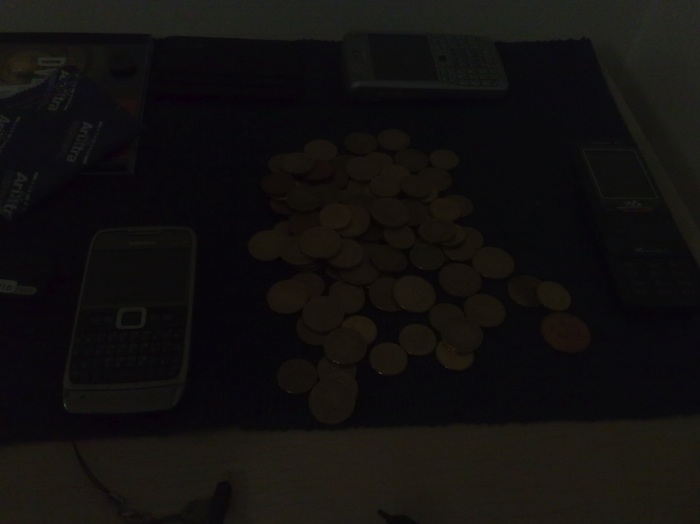 Pretty horrible (and yes, it was soooo tempting to turn the Xenon flash back on!). Now look at the identical shot taken on the N86 8MP: 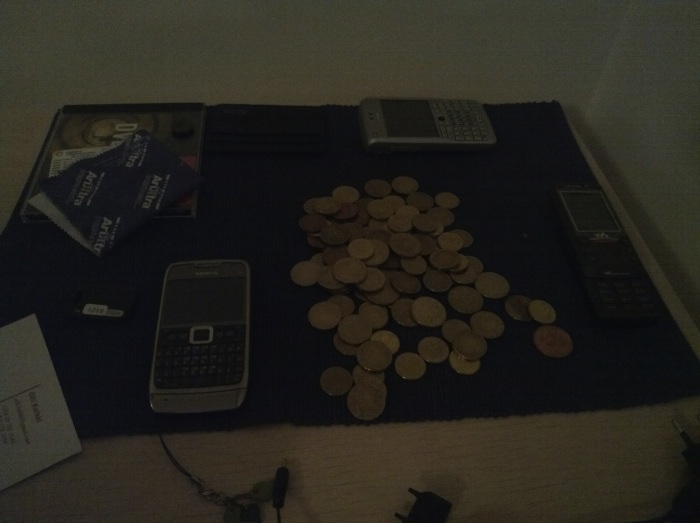 Still badly lit, to say the least, but it's significantly better than the N82's effort, showing the effect of the better and bigger sensor, plus the extra half stop on the variable aperture. 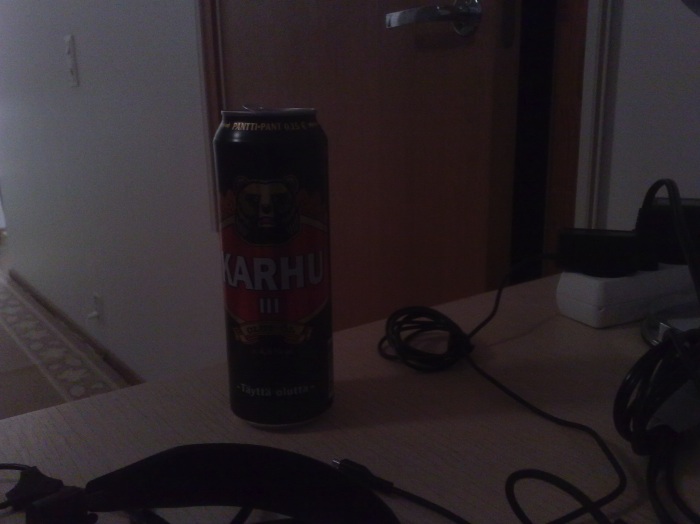 And here's the same shot, same conditions, but taken on the N86 8MP (again, remembering that these are worst case conditions for the small sensor in a camera phone): 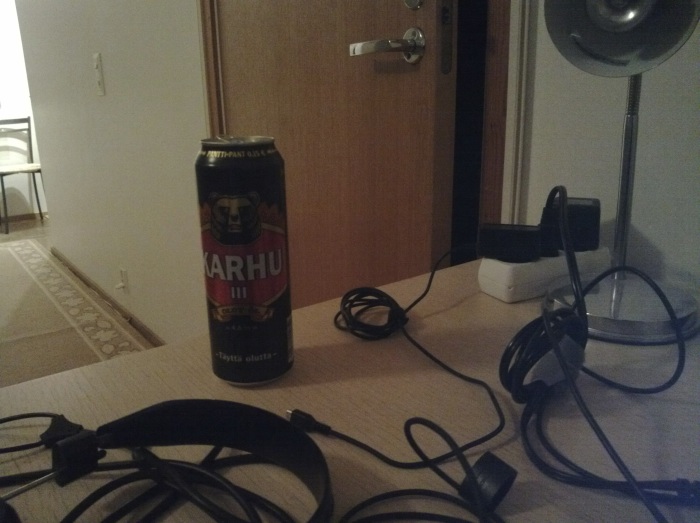 Impressively, the N86 8MP manages to grab and capture enough light to almost make the shot worth keeping, or at least post-processing on a desktop. It's also worth noting that each of the N86 8MP shots includes more of the surrounding subjects, i.e. it's capturing a wider angle.

All these low light shots are a bit depressing though, so lets allow our two camera stars to use their flash units after all. Here's the N82's shot, with its Xenon flash: 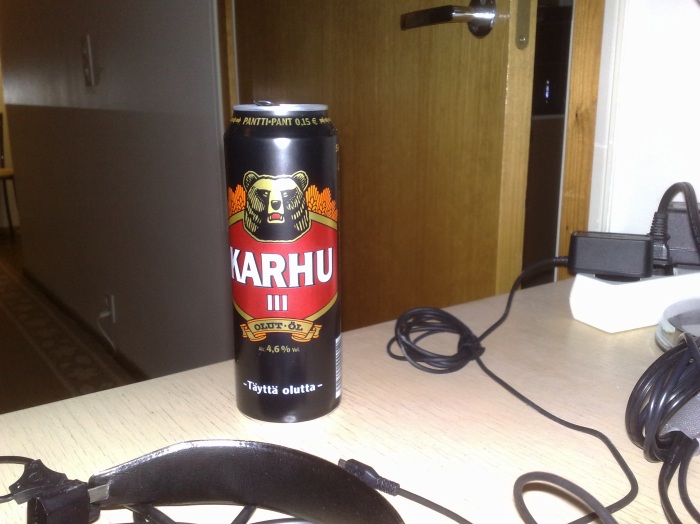 As good as ever, even if the Xenon is perhaps a little too bright for such a close-up still-life scene. Here's the N86 8MP's version, lit by dual LED flash: 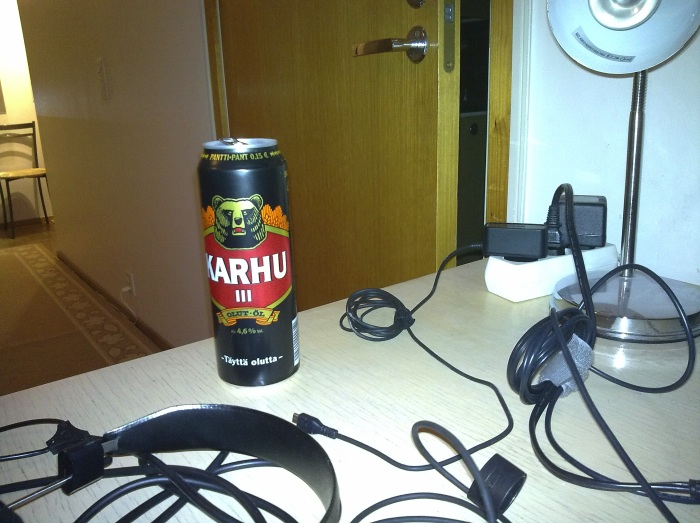 About what you'd expect from a dual LED flash and no worries for something this close, of course. What will be interesting will be comparing the dual LED unit in the N86 8MP to that in other older devices like the N85 and N96 - have any improvements been made? I suspect the main difference will continue to be in the larger sensor and variable aperture, giving more flexibility as to how effectively light gets gathered - in all light conditions.

Steve Litchfield, All About Symbian, 15 April 2009

PS. Thanks to Stefan for the raw images.