Symbian Foundation: day one and a new logo

Yesterday marked 'day one' of the Symbian Foundation. This announced the commencement of the beta testing of its new web site and that 81 companies have applied for membership (50 of which are first time endorsers). The new logo of the Symbian Foundation was also unveiled: Symbian, in stylised letters, underlain by a yellow heart. Read on for more.

The reaction to the new brand has been mixed, but, on a personal note, I rather like the departure from the norm. Being different is a good thing and the Symbian Foundation needs to communicate its radical ideas and processes to the rest of the industry; branding seems a sensible place to start. 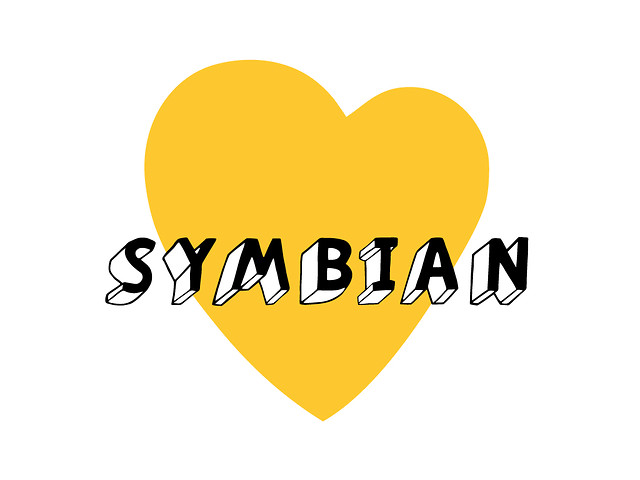 Yesterday there was also an assets transfer from Nokia, with office leases, IT equipment, trademarks and Symbian-related domains being passed over to the Foundation from Nokia. The offices, including a much needed reception, are being refitted at 1 Boundary Row. This will draw on the Symbian Foundation brand themes - watch out for ducks of doom, rocket-powered reindeer, deaf fish, unicycle-horse cross breeds, ray-gun wielding tentacles and the idea-generating toaster.

The Symbian Foundation Blog has provided a number of desktop wallpapers, featuring a number of the brand elements, including the new logo. They can be downloaded from Share on Ovi.

From the Symbian Foundation press release:

The website will include a full developer offering which includes platform release information, council charters, wikis, forums as well as access to the SDK, code repository, tools, documentation, wiki, bugtracker and forums.

If you haven't already, now would be a good time to update your bookmarks from Symbian.com to Symbian.org.

The foundation continues to receive encouraging support from companies across the industry. Since the membership programme first opened in February, 81 companies have applied for membership and are either going through the formal process or have become members, 50 of which are first time endorsers.

To put this into perspective, seventy-eight organisations had endorsed the Symbian Foundation, as of 12th February 2009.