Amazon's portable ebook reader, the Kindle, is in its second hardware iteration, and has now expanded out from the dedicated reader into a software platform. At the moment the Kindle and the Apple iPhone are the only devices in the ecosystem, but you have to expect more platforms to join the party. Here's why.

Ebooks have been 'the next big thing' since the PDA explosion in the late nineties, and while there were many users that were happy to read from a 160x160 Palm screen, or the 480x160 screen on the Psion Series 3a's, the prevailing opinion was that nobody would read a full novel from a tiny screen. While there may have been tens of thousands of sad PDA geeks people ready to prove the opposite, the romantic notion of an electronic book remained just that for many years.

But that time has let ebooks grow quietly, and for technology to catch up with the promise. The Kindle is one of many ebook readers (Sony had a rather nice one last year as well) on the hardware front, but it is the one that has managed to catch popular opinion in the last year. 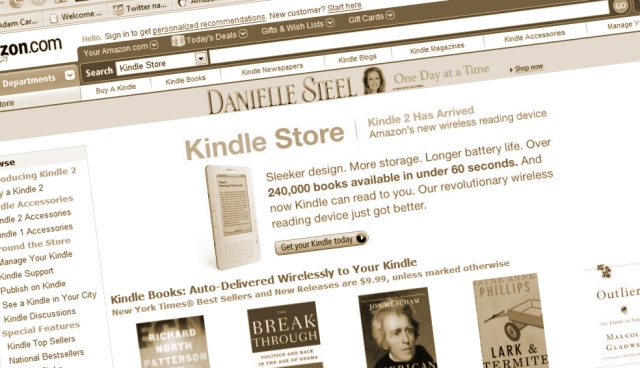 And I think that is because people look at Amazon and think “books” and that gave the regular “man in the street” (as opposed to the Geek brigade) confidence that they would be able to get modern books on their devices. While Mobipocket has been doing sterling service for the PDA and Smartphone community with continual software releases for a range of devices, with modern publishers providing content to the service, it remained (and I mean this in the best possible way) a niche service. And, now that Amazon owns Mobipocket, we can perhaps expect this product to gradually fade into the background...

I'd also argue that only having the Kindle hardware kept Amazon's service also in a niche, but one that was more like an expanding balloon, with more people recognising the possibility of the service. Couple that feel with a growing appetite for digital text, be it ebooks, newspapers, or RSS feeds, and the Kindle proved the market.

It's highly unlikely that Amazon will stop at the iPhone, and I'd expect other handheld devices to come soon. Given the US focus, I would think that Windows Mobile to be considered before S60, but the sheer volume of S60 devices out there, especially in the European market makes it look like an open goal for Amazon.

Now, with the ability to run on third party hardware in the armoury; a wide range of modern books; and an easy purchase system so everyone in the industry gets a good slice of the pie,  I'm fully expecting the ebook revolution to get a huge head of steam.