The GSMA has announced a plan for major phone manufacturers to produce one standard charger that would work with all handset brands, using a microUSB plug as the connection point (not miniUSB, as some sites have reported). The plan has the backing of almost every major phone maker, and if it succeeds presumably the rest of the phone industry will fall into line too. There are already some phones which do charge from microUSB, and the aim is to make most new models use standard chargers by 2012.

Just to make clear, this doesn't mean all phones being charged through laptops. The chargers would use a microUSB connector, but they would still plug into mains sockets as usual, so the actual charging process wouldn't be any different.

The standard charger would probably look something like this, though with variations for different mains plug configurations (e.g. three prongs in the UK): 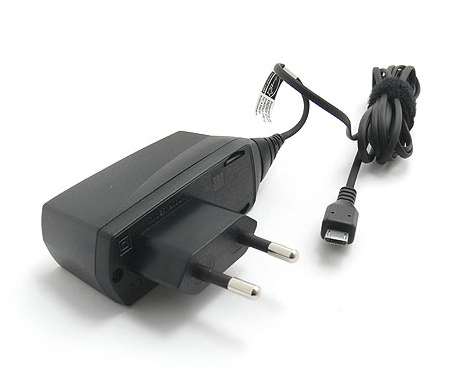