The previous version of the firmware was v100 or v115 (depending on region). The firmware is currently available for EURO regions, but is expected the become more widely available shortly.

You can view the full update log courtesy of a commenter on the Nokia Addict blog.

When updating the E71 all data from the internal memory will be lost. You should back up your data before performing the firmware update. You will likely get the best performance if you manually add back the data (e.g. resync device, manually reinstall applications) rather than restoring from a backup (i.e. its a good opportunity to spring clean the device).

While this is a major firmware update some of the changes (e.g. updated version of Mail for Exchange) can be downloaded and installed on the existing firmware. 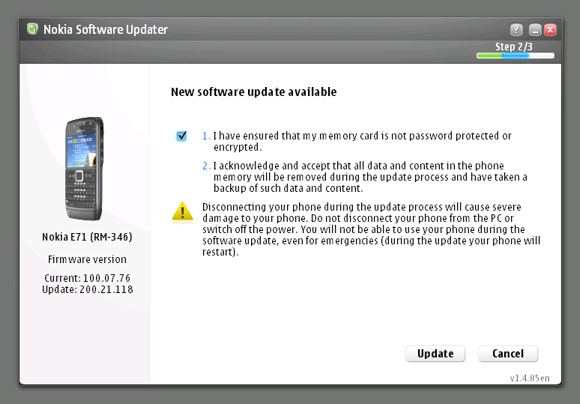