Hot off the press, the Nokia E90 has had another big firmware update, to v300.34.84. There's now Maps 2.0 in the firmware, plus many other improvements. Changelog below. [Update:although it was first thought that Blackberry support was no longer possible, this has now changed: see here] 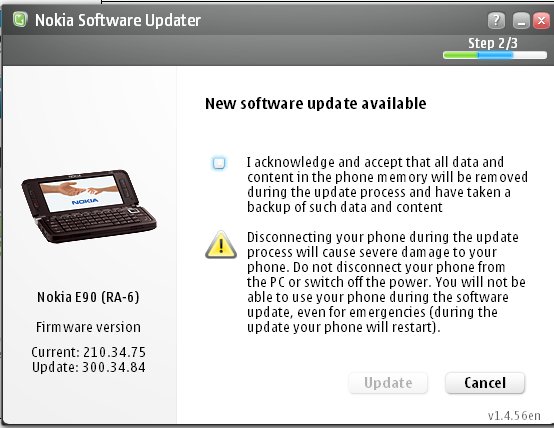 In summary, well worth going through the usual backup/restore (from card) and tweaking procedures....
Steve Litchfield, All About Symbian, 9 Oct 2008