Qik Takes On New Funding and Board Members

Popular web broadcast service Qik, which allows users to stream live video from their handset to the internet, picked up a round of funding this morning from business partners Marc Andreessen (Ning) and Ben Horowitz (VP at HP). There's no word on how much was invested beyond the rather bland '[it's] significant.' Andreessen and Horowitz now join the board of the company.

Qik is one of may video streaming services that smartphone users can currently choose from, but Qik's Silicon Valley approach, ensuring the service is used and covered by prominent bloggers in the technology areas may be one reason why it's gained such a significant footing compared to Bambuser (for example). 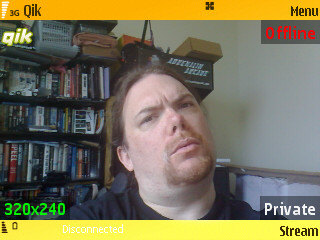 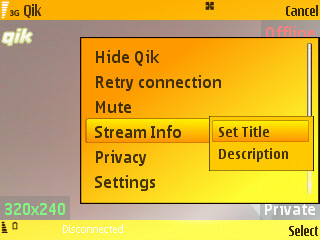 Andreessen, the man behind web browsers Mosaic and Netscape is certainly a highly visible member of Silicon Valley, but has also invested in a number of start-ups at an early stage, including social news site Digg, status messaging community Twitter, and the social network platform Ning. His involvement in mobile media in general, and Qik in particular, should come as no surprise.