The N85 boasts the usual impressive Nseries specification list: 5 megapixel camera (with dual LED flash and lens cover), integrated GPS, WiFi and Bluetooth connectivity, FM transmitter and TV-out. The N85 will be available from October at a price of €450 (£350) before taxes and subsidies. Read on for more.

The N85 is Nokia's smallest dual-slider Nseries handset so far and offers a number of key technological advancements (explained below). It manages to do this while significantly lowering the launch price compared to its predecessors (N95 family) and thus opens up the higher end of Nokia's Nseries portfolio to a wider audience. The N85 looks set to follow in the footsteps of the N73 and N95 as an iconic handset for Nseries.

In terms of positioning the N85 is a mid to high end Nseries and sits in between the N78/N9 and the N96. It can be seen as a replacement for the N80 and N81 and complimentary the N95 family. 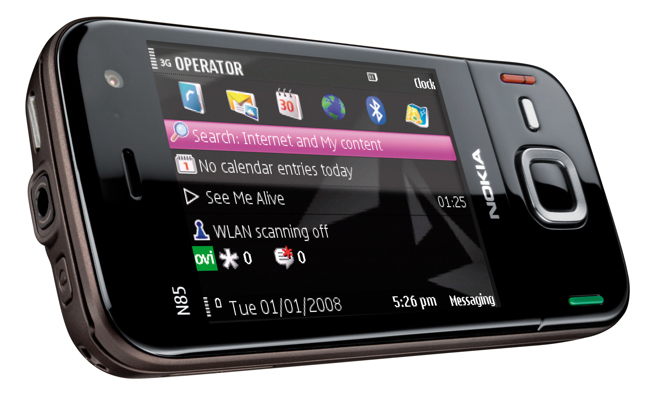 The N85 follows the design language of the N96 and N78 with the 3D 'adzed' plastic on the back of the device, the hard silver / grey plastics on the side of the device and a predominantly flat, black and shiny plastic on the front of the device. It also has the hidden-till-lit control key cluster design, made from a single piece of plastic, but with each key having its own key dome.

The N85 will be one of the first Nseries to ship with the full range of Ovi services and software on the handset out of the box.

Key points about the N85 hardware: 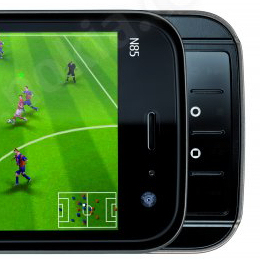 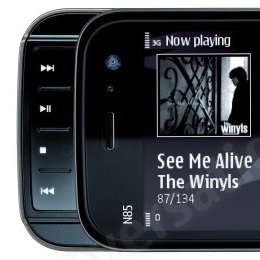 Key points about the N85 software: 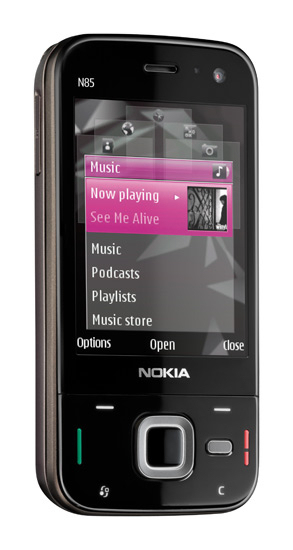 The N85 has a new screen technology - AM OLED, but what is it and what does it mean for you?

Tri-band WCDMA means that the N85 should be usable, in 3G mode, in most countries. Currently 2100 and 1900 are the most commonly used bands. 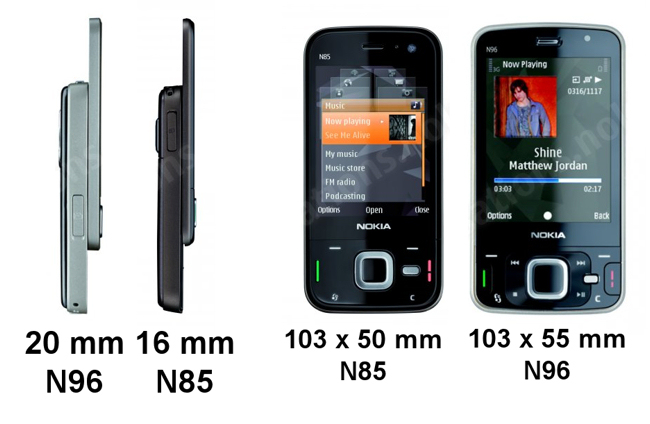 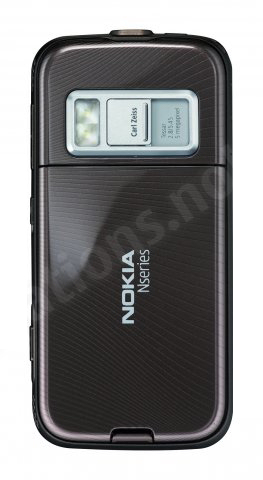