Two bits of news from RMR Software - if anyone's still using an older Series 80-based Communicator then note that all RMR's software is now reduced by between 45% and 70%. Also, more 'cutting edge' is that RMR has put together what's possibly the first real Style Tap-based app for S60 (i.e. Palm OS app running within Symbian OS). More on this below the break.

Alan at RMR has sent over a beta (you'll be able to grab it yourself very shortly) of his flagship RMR Bank suite running under NS Basic and the StyleTap (Palm OS) emulator. If that sounds like a bit of convoluted development chain then I think you'd be right. What's of most interest are that the end result does work but that simply porting a stylus-based app to S60 isn't always a good idea. As you'll gather from the screens below, operation partly involves driving a cursor (Web browser style) around the screen. Also of note is that the application menu is on the right soft key and the Style Tap menu sits independently on the left function key. 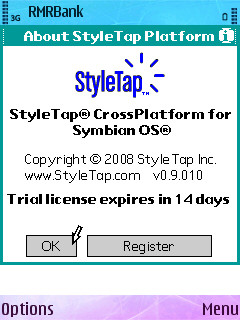 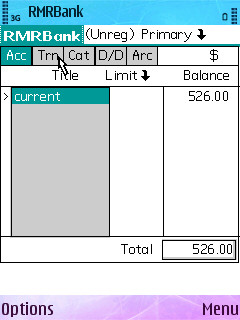 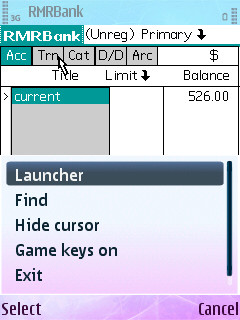 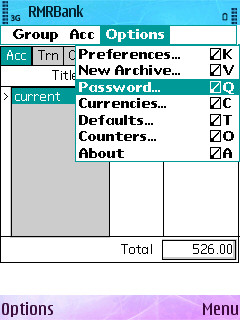 It's early days for StyleTap on Symbian though, so don't take current behaviour as proof of how it'll end up.