The Nokia E90 gets its update

Nokia has released another new 'v200' software update for the E90 Communicator, available now for unlocked devices on Nokia Software Update. The new version is v210.34.75 and this installed fine on my E90 using NSU [under Windows Vista in XP SP2 compatibility mode, but still...] More below... 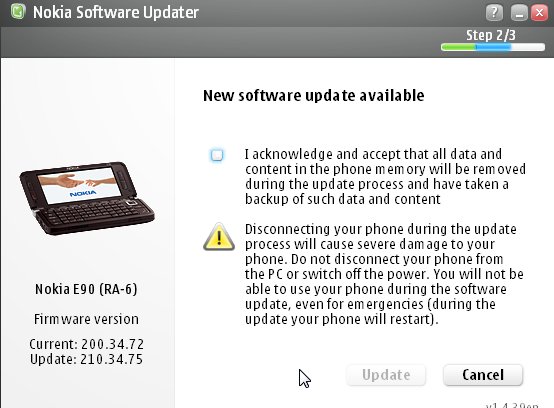 Have you spotted anything else new or that doesn't work?

Filed: Home > News > The Nokia E90 gets its update