Nokia Music PC Client is now available in early beta form from the Nokia Beta Labs website. The application is designed to help you manage your music collection on your PC and then transfer it your mobile device. The software has been designed with mobile users in mind and includes the ability to directly rip a CD to a mobile device, to easily sideload music from a PC and to use bi-directional playlists and music sync.

The application is currently described as being in early beta. There are a number of performance issues and you will need a well specified PC in order to get reasonable use out of the application.

Nokia Music can be thought of as the Nokia equivalent of Apple's iTunes. Nokia Music Store integrates with the application for the purchase and download of new music (although it is not enabled in this early beta version). It is also another part of Nokia's Ovi offering (as can be seen from the branding of the application). As with iTunes, the application is divided in two parts between music management (My Music) and purchase (Store).

My Music is used to manage music stored on the PC and to control what is copied to a mobile device. Your music collection can be viewed in a number of ways (Artist, Albums, Tracks, Genres, Recently Added). You can transfer music to a mobile device using automatic settings (see below) or by dragging and dropping albums or tracks onto the icon representing the mobile device.

Nokia Music can also act as a playback application and you can 'queue' up music for playback on the PC.

Here is the main screen of the application: 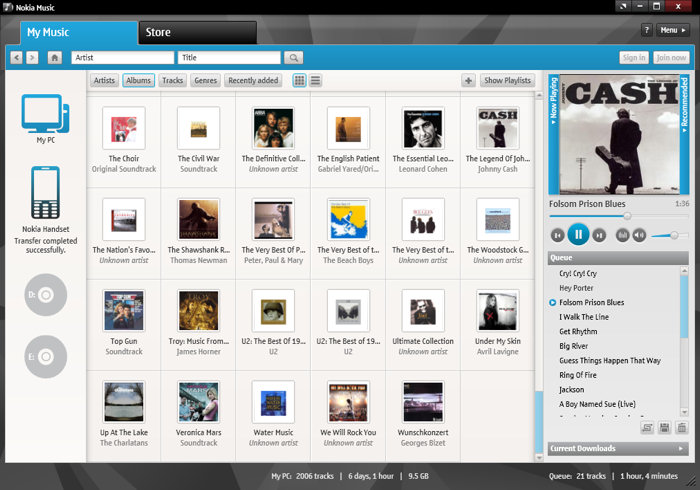 By default, the application uses Album Art to identify and list the various music tracks on your PC. However, you can switch to a text only mode, which is, currently, a little faster to use, presumably because it is less processor intensive. 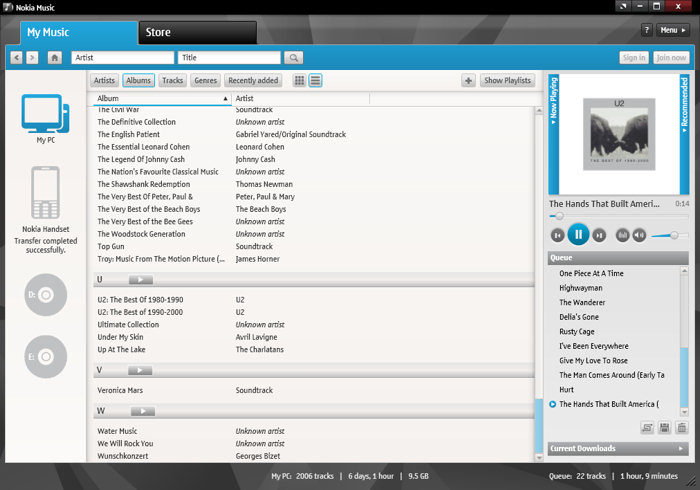 The application has excellent support for playlists. These can easily be created and edited within the application, but will also bring across playlists that you have created or edited on your mobile device. Given that most people probably will not have room for their entire music collection on their phone, playlists are important because they allow for a high degree of control over what gets transferred to your mobile device. 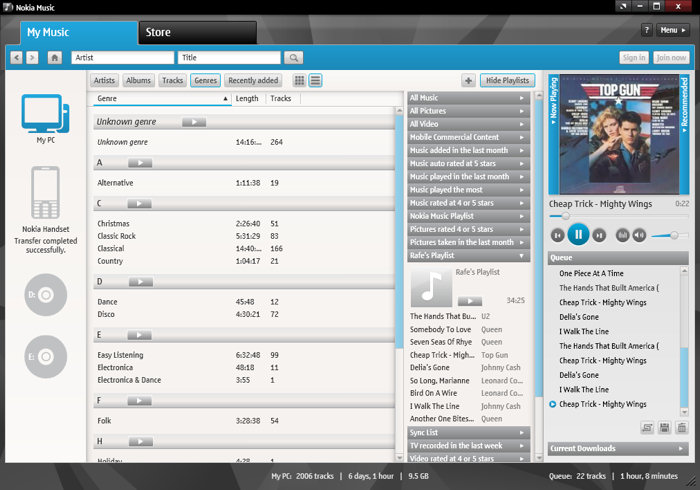 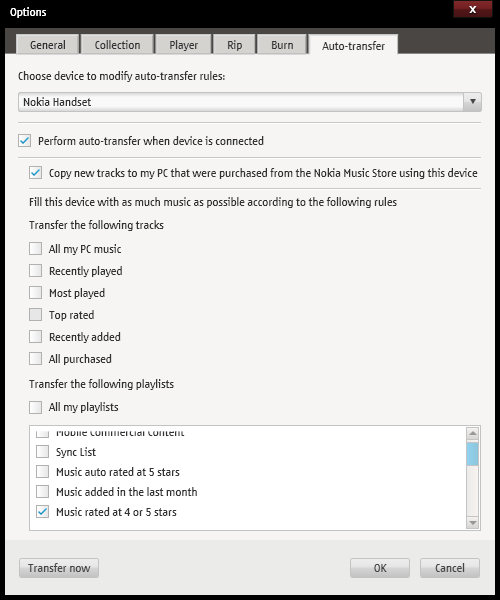 A nice touch is a tutorial screen which is shown the first time you start the application: 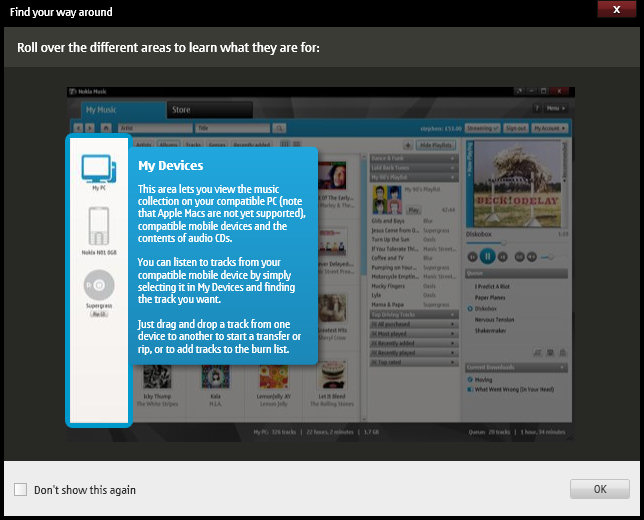 There are a number of noteworthy (technical) points:

The team behind the application are looking for feedback on the current application and what improvements people would like to see in the future. Suggestions and feedback can be given via the Nokia Beta Labs web site.

We'll add to this post as we have a chance to try out the various functions of the application.