Nokia have announced a partnership with Sony BMG, allowing their catalogue of titles to be available with the Comes with Music program, due to be available in the second half of 2008. Along with Universal, Nokia now have two of the 'big four' music labels in the program. EMI and Warner are still absent, although Nokia makes a point of stressing that they are still 'in discussion' with many other international labels.

What remains to be seen is how much of a push Nokia are going to make with Independent Labels (the missing 25.8 in the above breakdown). The Internet has accelerated the market share the indies have, and there is no one overall group to approach for licensing the hundreds of thousands of labels in the world. And then there are the bands and singers that remain unsigned and who self-publish on the Internet... how will they get into Comes With Music? 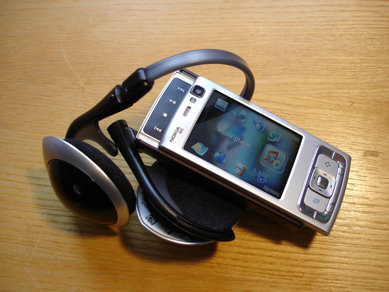 Nokia are naturally putting broad strokes in place first, and I'm confident that we'll see Warner and EMI on board before the Comes with Music launch (although I'm also pretty sure one of them is going to play hard-ball at the last moment, knowing they're needed to complete the set). This is going to give Nokia a very big headline of the numbers of tracks, artists and total percentage of music available.

But music is much more diverse than the majors and I hope that Nokia can keep a balance between the monolithic majors and the independents. If they can, then Comes With Music could be a success for everyone involved.