The Nokia N95 8GB just got a firmware update, to v20.0.016 (from v15). Apart from a few bug fixes and optimisations, the main changes are the addition of Automatic Screen Rotation (driven by the accelerometer, as on the N82) and support for more Bluetooth headsets. See below for details and comments.

Yes, the darling of Nokia's S60 range, the N95 8GB [hold the me-too comments for older devices, please, I'm sure there are plenty of updates planned for them too during April and May], has received another firmware upgrade. If you have an unlocked/unbranded N95 8GB then plug it into Nokia Software Update and you should see v20.0.016 waiting for you.

The usual sync/backup procedures are needed before updating, since User Data Preservation is not yet in place, although I've a hunch that v20 puts the foundations of UDP in place, so that v21 might be a 'lossless' upgrade(?) 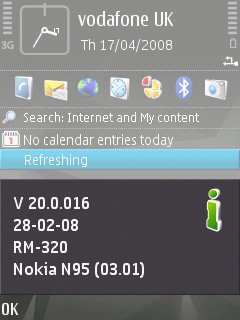 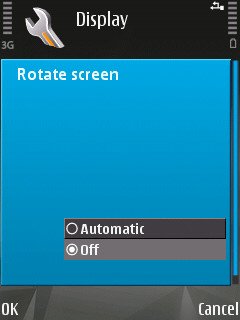 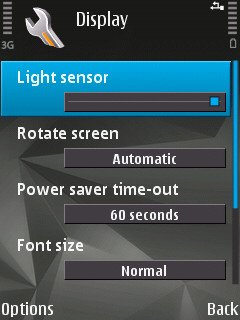 Of note is that Nokia Maps 2.0 still isn't included, neither (surprisingly) is the N-Gage game client... Hmmm....

If you notice anything new, or can confirm any of my hunches, please comment below!