The Mobile Industry making work for itself

What kind of crazy tech industry do we have where companies make work for themselves at the same time as making customers unhappy? And you can bet that the mobile industry is the worst offender of all. Read on for a few experiences, thoughts and links.

Firstly, I popped into my local computer shop to get some RAM for my laptop (don't worry, we'll get to the mobile bit in a minute):

"Hi there, I need to add more RAM to this" - I show them my Gateway laptop. "What sort do I need?"

"No problem, sir, bring it over here and we'll open it up."

60 seconds later, the hatch was unscrewed on the laptop's bottom and the existing chips identified. We walk over, grab two bigger (in capacity) chips from the right shelf and I ask, innocently:

"As the back's off, just stick in the new chips"

"So, you're going to put the old chips back in, screw up the back... and when I get home I've got to unscrew it again etc.? That's crazy. Wouldn't it be easier for you to do it?" I protest.

"Sorry, sir, I'd have to charge you." I acquiesce and leave, muttering under my breath. The thing is: if the techie had fitted the chips himself, he'd know that there was zero chance of them being fitted wrongly or damaged by static on the way in, eliminating the biggest single cause of failure.

As it was, he was saying that the company preferred to have me go away and fit the chips myself in a possibly amateurish and ham-handed way in a probably static-rich home environment, drastically increasing the risk that I'd have to go back the next day and say "Sorry, the chips don't work, I need you to replace them", at which point the company is significantly out of pocket, not to mention the hassle of any replacement paperwork.

Why? It made no sense whatsoever. I lost (extra time and hassle) and the shop lost (in terms of far greater risk that I'd end up losing them money by breaking stuff rather than generating profit from a trouble-free sale.

All of which is an anecdotally round about way of introducing the main thought behind this mini-editorial, that the mobile networks in Europe (and probably most of the rest of the world, come to that) are acting in very much the same way, making work for themselves.

I'm talking about the way phone contracts are renewed. The phenomenon was covered recently as part of a length MEX blog post, and it rang very loud bells in my head. Let's look at what happens when a user renews their phone contract. 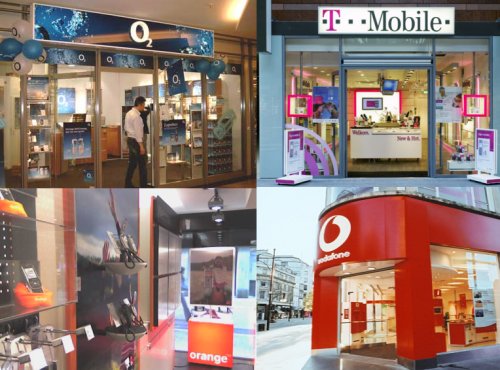 (The dialog is imaginary, but this is roughly what happens)

"Hi there, I'm on your XX contract and I have a older Nokia, my renewal is coming up, can I upgrade to the YY Superphone?"

"But down the road at another network they're offering the YY Superphone for free on contract with exactly the same amount per month! Why can't you match that?"

"We could, but only if you were a new customer."

"Can't you just give me the same deal?"  "No, sorry, only for new customers"

"So I've got to cancel this contract and phone number, go outside and come back in again and fill out all the paperwork, to get a new number and a new contract, to get this deal?"  "Err... yes."

[Customer walks out with high blood pressure, foaming at the mouth, counts to 10 and then - possibly - walks back in again with grim determination]

As with my RAM chip example, the scenario is an utter lose-lose one.

To switch a customer onto the new device for free on their current contract would require minimal paperwork and admin. The work of 5 minutes for all concerned, probably just a tick box on a software form. Instead, the network shop would rather force the customer into apoplexy, incurring huge admin costs cancelling the old contract and setting up the new one from scratch - surely at least an hour of staff and customer time - for no gain whatsoever. And probably for a loss, since the customer is more likely to go to a rival shop/network in disgust.

The treatment of new customers better than old, loyal ones is utterly insane and surely one of the main reasons for 'churn' in the industry. Look at any really successful business in any field and you'll see customers who keep coming back, year on year, out of choice because of great customer service and a fair (not necessarily the cheapest) deal. Treat existing customers like second class citizens and they'll be off. I know I would be.

Filed: Home > News > The Mobile Industry making work for itself