A new firmware update for the Nokia N82 is now available (from 10.0.046 to 11.0.117). The update appears to be relatively minor with a number of bug fixes and stability improvements. However it is notable for being the first Nseries firmware updates that supports User Data Preservation (UDP).

UDP worked well for me with key information from Contacts, Calendar and Web retained. Third party application also remain untouched. I'll report problems, if there are any, in the comment thread.

A bigger firmware update with added support for Flash Lite 3 and WRT seems likely for the N82 in the future.

As usual the firmware update is available for non-operator variants initially. 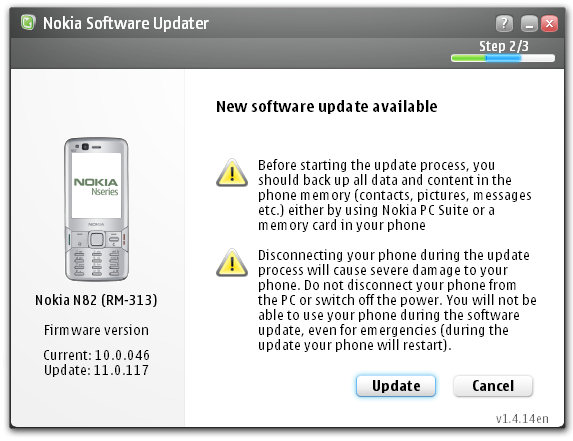