Samsung's S60 GPS phone, the SGH-i550 which has been rumoured for some time and was recently spotted at the IFA show in Berlin has now been officially announced. The i550 boasts an impressive specification with a built in GPS, 3.2 megapixel auto-focus camera, HSDPA connectivity, and a 3.5mm audio jack which suggests it will be positioned against the N95 as a multimedia all rounder. More information and pictures in the full story.

The i550 runs S60 3rd Edition Feature Pack 1 (Symbian OS 9.2) which includes the second version of the S60 browser, Flash Lite 2.0 support and a variety of UI refinements.

A key feature of the i550 is the built in GPS. It is not clear whether there will be any accompanying software although theoretically the i550 should run any of the numerous GPS / Navigation software available for S60 including Nokia Maps.

In multimedia terms the phone has a 3.5mm audio jack, a 2.6 inch QVGA screen (262,000 colours), an FM Radio, a 3.2 megapixel camera with LED flash and autofocus and a microSD card slot for memory expansion (150 MB built in) with support for SDHC cards (currently up to 4GB).

Size wise the i550 measures in at 115 ×53 x 13.8 mm in its dimensions (making in taller than the similar specified N95, but not as thick). The battery has a capacity off 1200 mAh which should provide enough power for heavy use over a 24 hour period.

The i550 will reportedly be available in November 2007 although release markets have yet to be revealed. Similarly pricing has not been officially announced but a price of 400 Euro has been mentioned at various events. 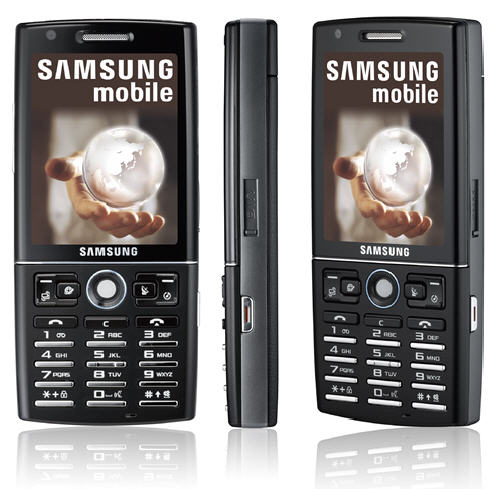 The i550 hardware has a few notable points including:

The i550 has a sister device in the form of the SGH-i560 which has been announced as part of Vodafone's Christmas line up and has a similar feature set (3.0 megapixel camera, GPS, HSPDA) in a slider form factor.

We'll bring you more information as we receive it.