...In which I ponder the respective build quality of Nokia's N and Eseries smartphones and conclude that the grass is rarely greener over on the other side - you'll still get mud on your feet...

Ok, this was the plan. An editorial on build quality, postulating that Nokia's Nseries devices were cutting corners and pointing out number of hardware defects and weak points. But the more I thought about the issue and the more I recalled the experiences of both others and myself, I realised that the Nseries shouldn't be singled out like this. 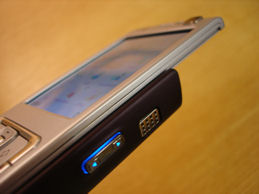 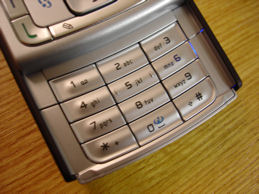 The N95's sliding keypad. Early prototypes and production models were rock solid (I've got one) but many people have reported wobbly slides with more than 1mm of play in later production models.

It all started with complaints about the nototiously wobbly slide on the Nokia N95 and the flaking paint (and appalling screens and atrocious SIM tray, err... I could go on here...) of the Nokia N76, and then I heard of SIM tray problems on the N75 in the USA and I remembered the horrible SIM holder on the N93. Nokia's Eseries devices are much more solid, I reasoned, with the super-slick slide on the E65 in mind. And it's true that the metal finish on the back of the E61i and the cool metal inherent to the E90 give an air of indestructibility.

An Nseries design disaster - poor battery connections and SIM tray in the N76...

But even there I found issues. The E61i has appalling function keys and a d-pad on which it's hard to push 'down'. The E90 has a famously rattly battery cover, rubber feet which usually require (ahem) trimming in order to get the Communicator to sit flat on a desk, and a close fitting design that has left some people with their greasy fingered keys transferring grime to the screen. Paradoxically, it's been left (as Krisse keeps pointing out) to Nokia's Mobile Phones division to produce some of the most issue-free devices, albeit at the expense of slightly lower ambitions and a policy of 100% plastic. 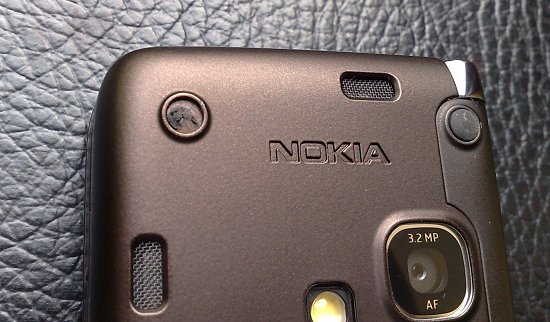 E90s have been coming with uneven rubber feet. My prototype wouldn't sit flat on a desk until I physically removed one of the corner feet!

What about the world of Windows Mobile and even the hallowed iPhone, I thought. Is the grass greener on the other side? Apparently not, dig down in any HTC or Windows Mobile forum and you'll find all sorts of hardware issues that ring bells. Even the iPhone is experiencing its first flush of failing hardware, it seems.

Which, in a round about way, is indicative of the fact that, surprise, surprise, there's no such thing as a perfect device yet, in ANY sphere. To expect a phone that does EVERYTHING you want it to do and for it to work without quirks or faults for a decent length of time is very, very unrealistic. I'm not excusing shoddy build quality or design defects here, Nokia and all other smartphone manufacturers need to keep improving - of course.

But you can bet that if you jumped ahead to the year 2017 and browsed AllAboutSymbian (by then, of course, the site would be huge and have 100 million users a month rather than the few million or so of today!) you'd see people complaining that the holographic recorder in their Nokia T52 kept cutting out or that the retinal scanner in the iPhone 6 buzzed everytime it was used.

Welcome to the real world, guys and gals. Build quality IS an issue worth shouting about but the issue itself will never, ever go away!