As predicted last week on AAS, the long-awaited Nokia E90 has finally launched on the 12th/13th of June. The first Nokia E90s have been spotted in stock in various Finnish retailers including the electrical chain Gigantti and the online store Verkkokauppa. Nokia phones often appear in Finland first for obvious reasons, but the E90 should be available sim-free across Europe very soon if not right now. Network Operator locked versions may take some more time to appear however as the operators tend to alter the firmware before releasing a phone. The availability in non-European regions is still unclear. 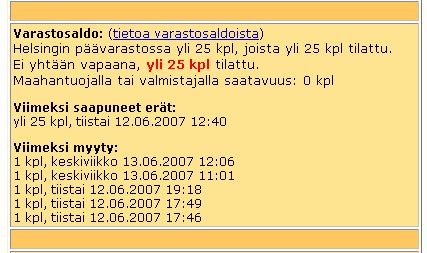 And here's Gigantti's E90 stock page showing they have it in stock online and in one of their Espoo branches ("Toimitukset alkaneet" means "Shipping has begun", and "Tuote on varastossa" means "Product is in the warehouse"):