NTT DoCoMo recently announced its latest series of phones, among the 10 announced are 6 phone powered by MOAP on Symbian OS (the others are MOAP on Linux). They include the D703i (Mitsubishi), F703i (Fujitsu), SH703i (Sharp), SO703i (Sony Ericsson), D800iDS (Mitsubishi) and SO903iTV (Sony Ericsson). The NTT DoCoMo phones continue to push the boundaries, this sets includes phones that are waterproof (F703i), with dual internal screens (D800iDS) and a BRAVIA branded TV phone (SO903iTV).

The MOAP on Symbian OS are currently only available in Japan (although some are capable of roaming on to GSM / WCDMA networks). However they are often trend setting. Technology and trends first seen and developed for NTT DoCOMo's phones sometimes become available on other models from the same manufacturers in other markets some time afterwards. Sony Ericsson is known to transfer technology in this way.

We've covered the SO903iTV and D800iDS in a little more detail in their own news posts.

With dimensions of 130 x 49 x 9.9 mm the D703i from Mistubishi is the thinnest 3G phone in Japan (that is 4mm thinner than the recently announced Nokia N76). It features a 2.4 inch QVGA screen and a 1.3 megapixel camera. For something a bit different it 27 different patterns of illumination for the keypad.

The F703i from Fujitsu  can be submerged in water up to a metre deep for 30 minutes without ill effects. It is possible to use this phone in the shower to make and answer calls. It has a 2.2 inch QVGA screen and 1.3 megapixel camera. its unique feature is a 'relax' mode which features 15 patterns of illumination and soft music when the handset is not in use.

The SH703i from Sharp is a clamshell phone with a low reflection 2.4 inch QVGA screen and 2 megapixel camera and an organic OLED screen on the outside. It has a screen privacy mode (activated by a button) which lowers the screen contrast and brightness to prevent people reading your phone's screen over your shoulder.

The SO703i from Sony Ericsson boasts a RealityMAX display (enhanced crispness) which is powered by Sony BRAVIA technology. It has a 2.7 inch WQVGA (240 x 432) screen and a 2.0 megapixel camera. The SO703i unique feature is a Style-Up panel with aroma (the phone smells, releasing relaxing aromas), it works by sticking a scented panel / sheet to the back of the phone.

The D800iDS from Mitsubishi is the worlds first dual internal screen clamshell. The phone has two screens - a normal QVGA screen on the upper half, a QVGA touch panel display on the bottom half of the phone. the touch panel is used to control the phone with on screen buttons. Dat entry is via touch panel buttons or handwriting recognition. The phone has a 1.3 megapixel camera and text and pictures drawn on the touch panel can be sent via email.

The SO903iTV is a BRAVIA branded TV (one segment digital terrestrial) handset. It uses a WQVGA (240 x 432) BRAVIA screen developed jointly by Sony and Sony Ericsson. Sound wise it has bass enhancement to give more depth to the sound produced by the phone. The 3 inch main display acts as screen for the TV (16:9). The phone can be used to record or pause live TV (or make timed recordings). The internal memory has enough space for 30 minutes of recorded TV and more can be added using the microSD card slot. There is also a 2.0 megapixel camera. It all fits in a device that weighs 140g and which has dimensions of 11 x 50 x 19.5 mm. 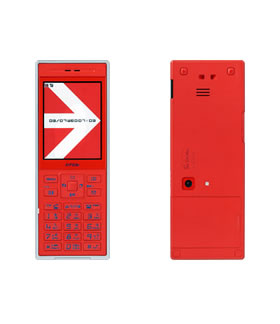 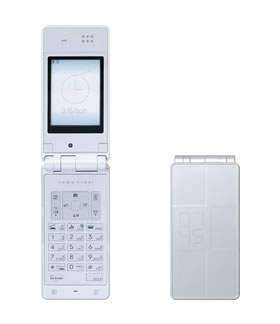 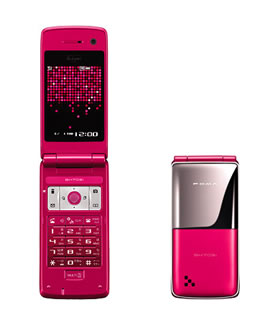 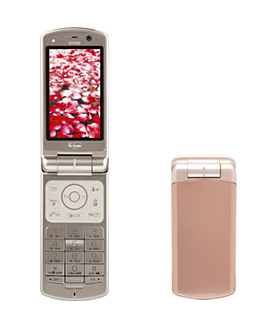 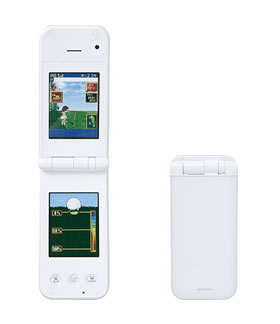 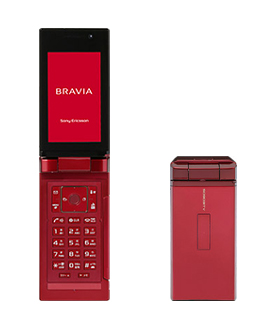