3, the 3G mobile operator, has announced the launch of X-Series. X-Series brings 'flat fee broadband access to mobile'. 3 is partnering with other companies to create X-Series services and applications, these include Sling Player, Google, Orb, eBay, Skype, MSN and Yahoo. X-Series will launch in the UK in December with other 3 countries to follow in the new year. The handsets that will feature X-Series include the Sony Ericsson W950 (UIQ 3) and the Nokia N73 (S60).

3 have said 'they are leaving the walled garden behind', although 3 does still intend to strongly market Planet 3. However it will also enable people to go elsewhere. 3 are branding a range of services as X-Series applications all of which will be charged for on the flat rate principal.

These X-Series applications include:

They have announced a new charging model; you will pay for your connection and for premium content, but not for mobile browsing and other 'free' services. Charges will be based on flat rates for the use of X-Series application on 3. The over all policy is based upon the precept that 'what is free on the Internet ought, in principal, be free on mobile'.

The handset partners for X-Series are Nokia and Sony Ericsson. Handsets that will feature X-Series include the Sony Ericsson W950 and the Nokia N73. 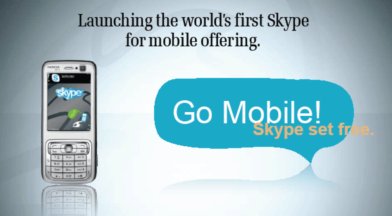 During the launch event 3 assembled an impressive line of up its partners in X-Series to talk about their services: 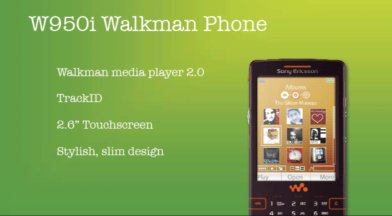 Potentially the X-Series announcement is very significant because it allows what Symbian terms the 'Smartphone Lifestyle' to become a reality. Until now many of the innovative services that are possible thank to 3G technologies and open OS platforms have stalled due to a lack of operator support. By basing an entire strategy on the idea of flat rate mobile broadband access with open access to services 3 are removing a very significant barrier to uptake.

Initially flat rate pricing will be high, but it is likely to fall in time. By packaging a number of 3rd party services in their offering 3 are seeking to differentiate themselves from their competition, but also create a compelling use case for consumers. The majority of consumers do not buy on the basis of getting flat rate access to the Internet from their phone, but rather because they can see they can do any number of things (Watch TV, IM, Voice, Browse) for a flat rate price.

From a handset point of view it is an offering like X-Series that should drive more mass consumer into using these phones because they now offer something consumers want.

However at the same time it is worth pointing out that T-Mobile have had a flat rate mobile broadband option for some time now, so 3 is not the first in this respect. The bundling of a variety of services does offer some innovation and it is the service (the use case and user experience) not the technology (flat rate mobile broadband) that will make or break the service. In the short terms, in terms of the mass market, free IM, given its widespread mass market use and popularity may have the biggest impact given the potential impact on SMS revenues.