100 million phones is an important milestone for Symbian as it marks the expansion from high end phones into mid tier phones. It is an impressive track record for a young company (around 8 and half years) and the 100 million figure has been achieved in just 6 years. In took Symbian 2 years (2002) to reach the first million, but has taken just four more years to the other 99 million. 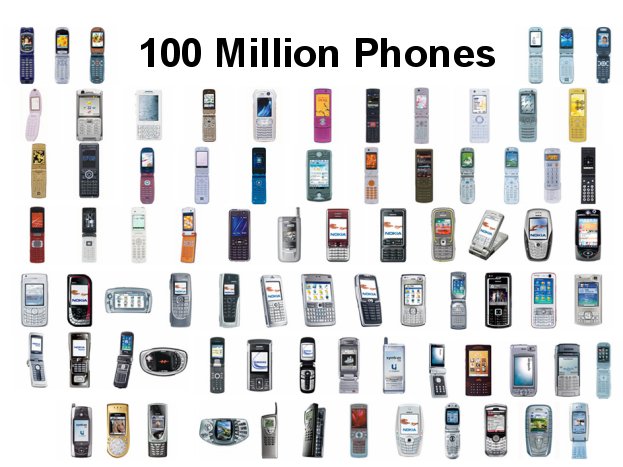 In his webcast Nigel Clifford first thanked the ecosystem for their help in reaching 100 million. Symbian believes its success would not have been possible without its partners. Nigel also highlighted the quarterly results and noted that growth remained strong and the important Chinese and Japanese markets had doubled for Symbian.

“Hitting the 100 million mark with over 100 different models currently shipping from 10 leading handset vendors is a phenomenal achievement for Symbian and a strong indication that more and more people are embracing the smartphone lifestyle. However, we are still at the beginning of a technology revolution that will change peoples’ lives profoundly,” said Nigel Clifford, CEO, Symbian.

As part of the celebrations Symbian have a special section of their website celebrating the milestone. You can find out what Symbian has in common with the human brain, scrabble and dinosaurs. There also a handy reminder of Symbian history thus far and a survey to fill in on the smartphone lifestyle with the chance to win prizes.

Finally, launching shortly is a developer competition - 'Because of the Code' which is open to all Symbian software developers around the world and involves submitting 100 lines of Symbian C++ code. The competition will run from 16 November to 7 January 2007 and the authors of the top 100 code samples will be awarded the "one-in-100-million" prize, worth over £750 and which includes: a Symbian smartphone, a free Accredited Symbian Developer exam sitting, two Symbian books, an invitation to the Symbian party at 3GSM and a Symbian bag of gifts.

We will have more details on the developer competition in due course.

Symbian have also released their Q3 figures which show continued positive growth. It is interesting to note that the average revenue per unit has gone up from the same time this year. This reflects the growing diversity of companies using Symbian OS (initially royalty cost per unit is high an drops with volume). It is also worth noting that Q3 is the first quarter that the new license / royalty structure has been employed. The figures also suggest that it is likely more than 50 million Symbian OS phones will ship in total by the end of 2006.

Entering into the spirit of things we're also contributing some  100 million things (add your own in the comments):