AllTunes is a music download service from the company behind AllofMP3. AllTunes provides an iTunes like PC client, but there is also a beta version of a smartphone client application available for S60 (2nd Edition) and UIQ 2 phones. The program is not fully functional yet (downloads are not yet implemented), but it does provide an interesting glimpse of one possible music service for mobiles.

To use the application you insatll the sis file and then load a catalog file on to the phone using a piece of Windows software. Subsequent catalog updates can be downloaded over the air. The software is based around the catalog which is effectively a database of the music available through the service and can be accessed a number of ways from the applications main screen.

You can browse the catalog alphabetically, search through using the search feature or view various lists abstracted from the catalog such as best sellers and newly added songs. When browsing the catalog you can mark songs as favourites and these are then shown under the favoruite list accessible from the main menu. 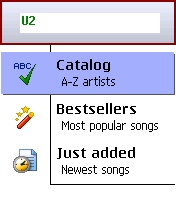 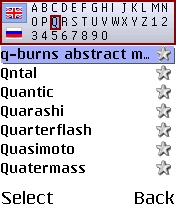 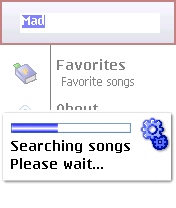 The advantage of having the catalog stored on the phone (around 15 MB in all) is that access to the catalog is very fast (and it works offline). A data connection is needed if you want to see the accompanying album art or listen to a  preview or download a song. 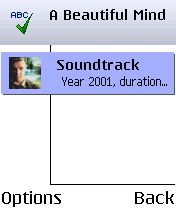 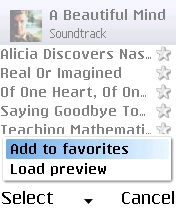 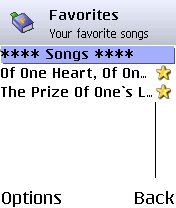 The range of music available in comprehensive, ranging from popular chart music to film soundtracks and classical music. Unfortunately on the phones (Nokia 6670 and N70) I tried the software on the preview function did not work [see update] and there was no way to purchase and download a song. The program was also some what crash prone when accessing the Bestsellers list. I'm assuming this will be fixed in later beta at which point the application will be very compelling. Free music previews any time you want, and the option to download high quality tracks to the phone for later playback. From the feature list on the AllTunes website it is clear that the mobile version is intended to be a fully automonous application with complete functionality.

It is worth noting that we think releasing software that is not fully functional, even in beta form, when your website suggest it is, is a bad idea. Users can easily lose interest, and may never come back to look at your service again.

Update: After contacting AllTunes support I was told about an updated version of the program in which the preview version does work. Previews play after about a 30 second or so wait over GPRS, which means it will be just a handful of seconds over a good 3G connection. Purchase and download are not yet implemented, but even the catalog with preview functionality could be useful for some. 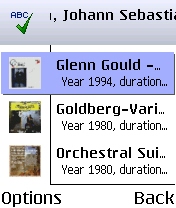 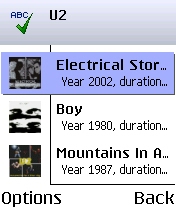 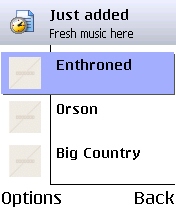 Although not feature complete (the software is only in beta) this is a very interesting service. It provides users with an easy to access music catalog on the move at reasonable prices. An unlimited data plan is going to be a must if you plan to do a lot of downloading. One of the benefits of AllTunes is it provides music DRM free, this means you should be able to use the music purchase on other devices without any problems. One of the issues that has troubled mobile music service thus far is an inability to play music bought on the mobile elsewhere (such as on a PC). There's also a choice over the quality of the music you download, you can opt for different bit rates at the download stage. These two features alone make the service extremely attractive. The service will also be attractive because it is not linked to an operator. Users can use it from any supported phone with a data connection.

Support for Symbian 9.1 devices such as the Nokia N91, Nokia 3250 and Sony Ericsson W950 is planned with likely availability towards the end of the Q2.

AllTunes is run by the same company behind the AllofMP3 website. It is well known as a source of cheap digital music. Prices ared dictated not by the numbers of tracks you download, but rather by the amount of data you download. This means albums generrally cost around $1 - $2, with individual tracks coming in at about 10 cents. Inevitably, given the prices charged, there have been questions about the legality of the service from various source (both commentators and music industry bodies). The company claims the services is legal, it uses Russian copyright law and pays royalities under those regulations. However it does seem likely that if the service were to gain a large foot hold there are many who would probably wish to take action against AllTunes. Regardless it does remains an interesting implementation of a mobile music service.