I reported a while back that cuteTube had ceased working because of YouTube's deprecation of its v2 APIs - happily I can now report that the next-gen CuteTube 2 is now available and works fully with YouTube and other video streaming sites. See below for screenshot proof. Existing cuteTube owners can simply upgrade by letting the in-app upgrade download happen and then installing the new client from Files or similar.

Update to the story below: the developer has now put up full documentation and the SIS download on the cuteTube web page!

Most people reading this will already have cuteTube installed, of course. If not, you can get going by grabbing it within AppList. This gets you the old version, but then running it gets you the cuteTube 2 download immediately and automatically. I'm sure that AppList will be updated in due course with cuteTube 2 etc.

Once you have the v2 (.SIS) file downloaded (usually to the root of your mass memory (E:)), tap on it to install as usual. Note that this is a totally rewritten client and will appear as a new/extra icon in your application menu (cuteTube2). Once in place, you can then remove the old version, of course.

The interface is very similar to the cuteTube you've known and loved, but the guts have been rewritten to work with the latest APIs from YouTube, Dailymotion and Vimeo, along with the possibility of 'plugins', presumably to help cuteTube adapt to future service changes without having to be rewritten again? 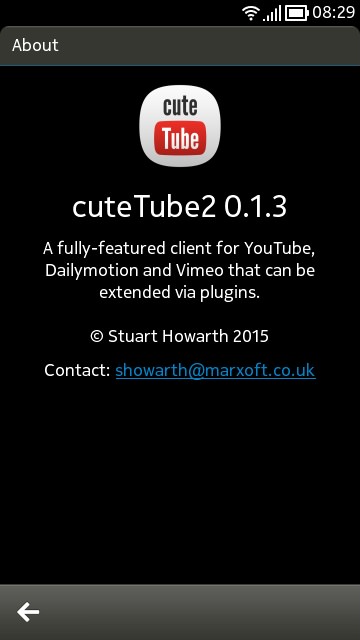 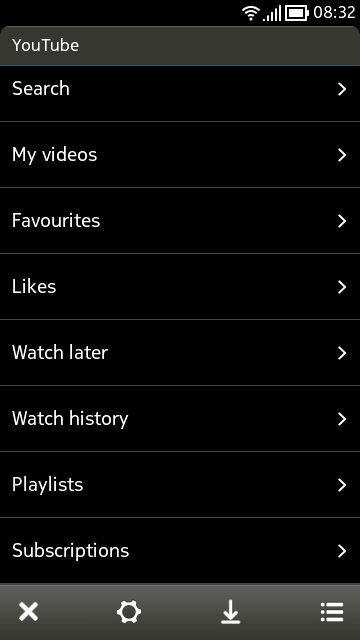 Up and running and sorted for 2015 and beyond? cuteTube 2 for Symbian (and Meego)! As usual, you'll need to sign into Google on the first launch, so that the app knows about your YouTube account. 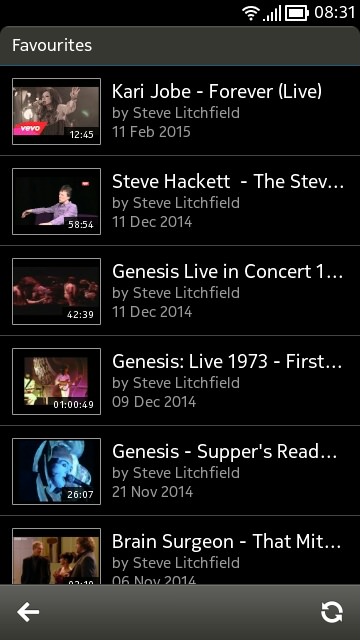 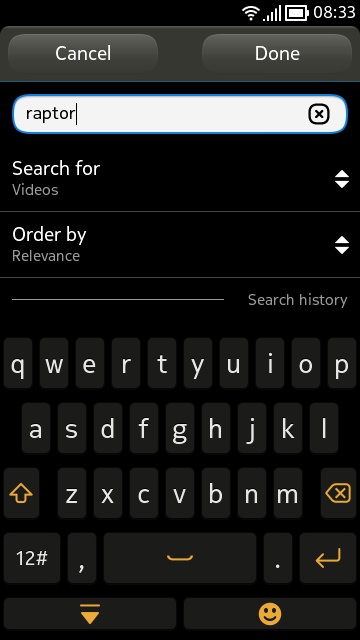 Favourites, subscriptions and playlists (etc.) all work as they should. As does searching for videos... 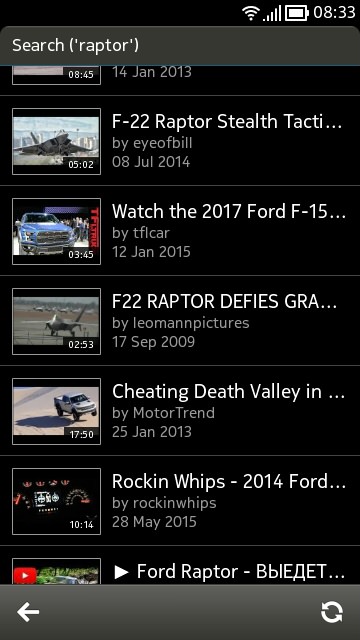 Search matches and tapping through to a specific video.... 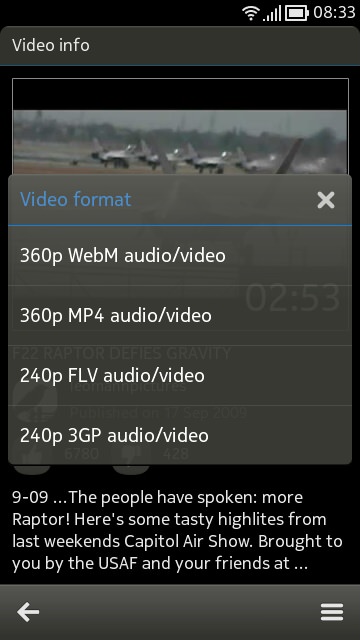 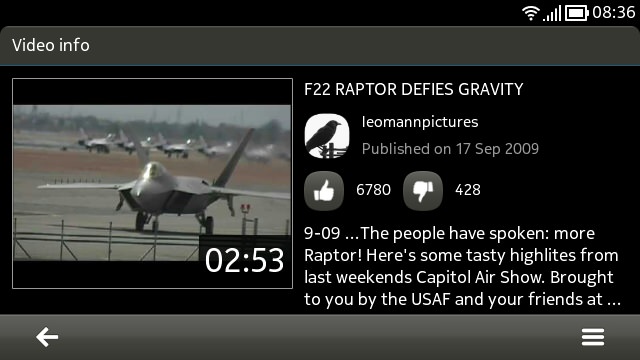 You're prompted as to which of the available streams you want to watch. The MP4 one is the best to pick for Symbian phones, of course; (right) the interface also works intelligently in landscape mode.... (and should be fine on the Nokia E6, for example, too..., though I haven't tried it, or indeed the usual cuteTube keyboard shortcuts) 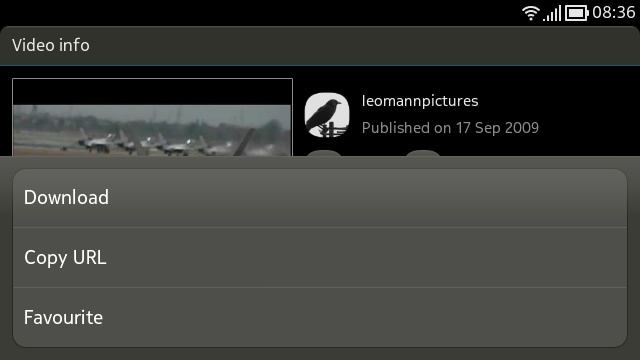 There's also the option to download videos to your phone's storage, which is always handy if you're offline later on a trip. 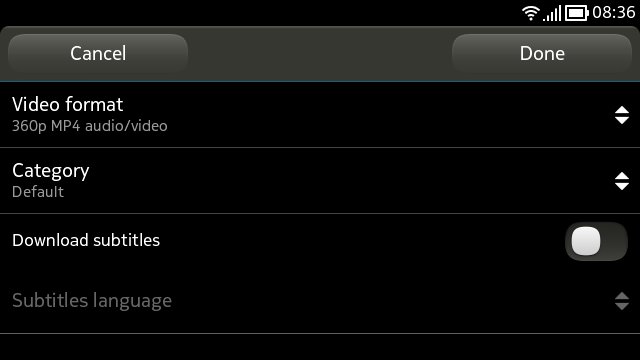 As with streaming, you get to pick the resolution you want to save the video at. 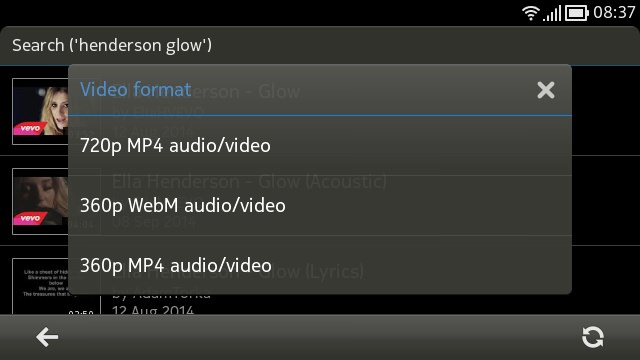 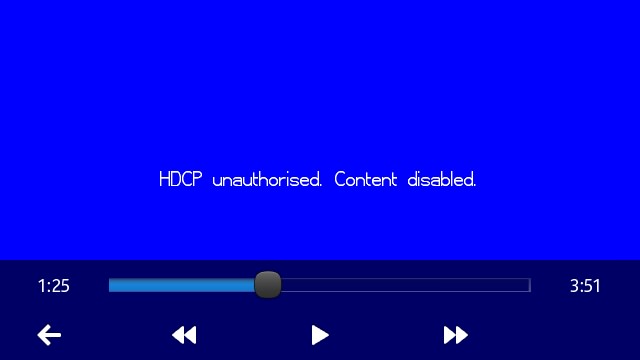 Though, as it turns out, you can't screenshot them playing, since the content is being handled on the fly and can't be grabbed at the OS graphics level. Still, take my word for it, it works!