The daily download figure for Nokia Store has continued to grow over time, but in 2012 the majority of this growth was driven by the increasing number of downloads from Series 40 devices. Despite this, Symbian devices still drive a large number of daily downloads (estimated to be around 7 million), representing a significant opportunity for developers.

The chart below shows the rising number of daily downloads over the last two and half years. Do note that Nokia only provides the daily download number on an occasional basis (usually once every three months), so some of the monthly figures are interpolated. 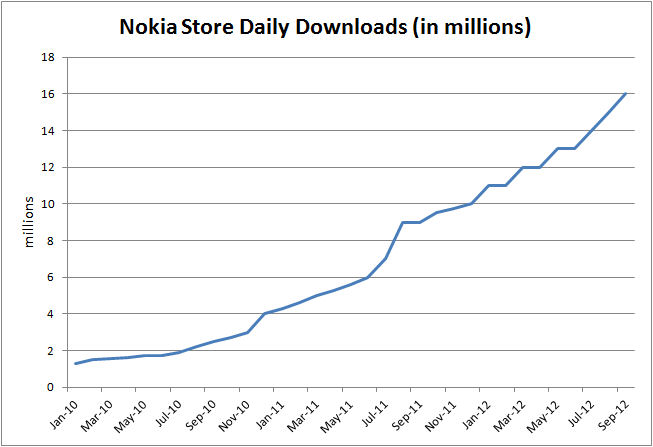 Nokia says the number of cumulative downloads has now reached 6 billion. Using the figures from the chart above, and multiplying by the daily downloads the number of days in the month in question, it is possible to calculate cumulative download numbers. The chart below shows well over 6 billion downloads, but some discrepancy is inevitable given the chart is based on a relatively small sample and there will be significant variation in daily download numbers in any given time period. 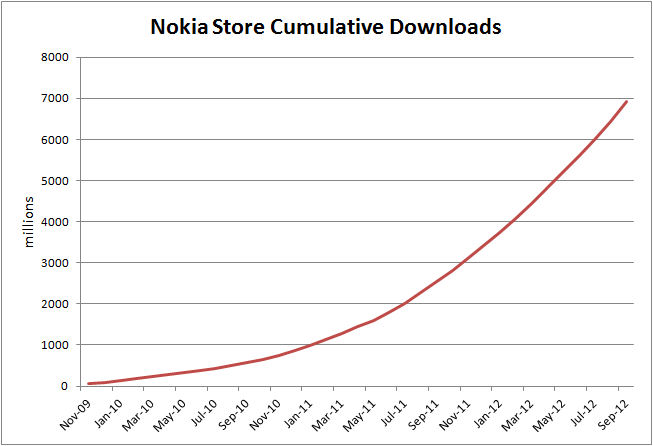