Digia to acquire Qt from Nokia

Big software house Digia has announced that it has 'signed an agreement to acquire Qt software technologies and Qt business from Nokia'. Once the acquisition is completed, Digia will become responsible for all the Qt activities formerly carried out by Nokia, including product development, licensing and service. Digia 'plans to quickly enable Qt on the Android, iOS and Windows 8 platforms'. As part of the transaction, a maximum of 125 people from Nokia will transfer to Digia, mostly based in Oslo, Norway and Berlin, Germany.

Last year Digia acquired the Qt commercial licensing and support business from Nokia, so it is not a surprise to see it picking up the platform development and research and development side of Qt as well. Digia says the acquisition will have a positive impact on 2012 revenue, and they expect, in the following years, for the Qt business to grow.

Given Digia's existing deep involvement with the Qt community, the acquisition is likely to warmly welcomed by the rest of the Qt ecosystem and, for many, it will be considerable relief that the core of Qt development is now in the hands of a relatively neutral third party, who not only understand the importance of the community elements, but whose overriding goal will be to grow the ecosystem as much as possible, rather than an entity primarily interested in a particular area (e.g. a manufacturer).

A key test for Digia will be a smooth transition in ownership. While Nokia, in recent years, has done the lion's share of the work on Qt development, many other companies and individuals have also contributed. The setting up of open governance via the Qt Project should help and Digia says it "encourages all current ecosystem members to continue working on improving Qt with full confidence in Digia’s continued investment to make Qt the leading cross-platform development framework" and "is committed to continuing the Qt Project in order to maintain Qt’s availability under both open source and commercial licenses".

The initial goal for Digia will be to complete the release of Qt 5 as quickly as possible. Digia's future plans include enabling Qt on iOS, Android and Windows 8 platforms. Those plans could theoretically include a port of Qt to Windows Phone 8, but there would a number of technical and security barriers to overcome. Due to the way Qt is integrated into a "host" platform, a port to Windows Phone 8 would likely require support from Microsoft to be practical in commercial terms. The ports for iOS, Android and Windows 8 (desktop) are already well under way.

The acquisition will not have a significant effect on the Symbian world, which is likely to remain on the current Qt/QML versions, though it's certainly interesting news and is encouraging for those with Qt training and skills.

Nokia's willingness to give up Qt can be seen as confirmation, as we reported earlier in the summer, that Nokia is no longer planning to develop a Linux/Qt based platform for feature phones. Nonetheless, Nokia has made a very significant contribution to Qt in the last few years, the effects of which should be felt for many years to come.

"Nokia is proud of the contributions we've made to Qt over the past four years. We are pleased that we've been able to work with Digia to secure continued development of Qt by the current core team. Digia's plans to acquire Qt mean that it can continue as a successful open source project and also offer continuing employment for many people in the community." 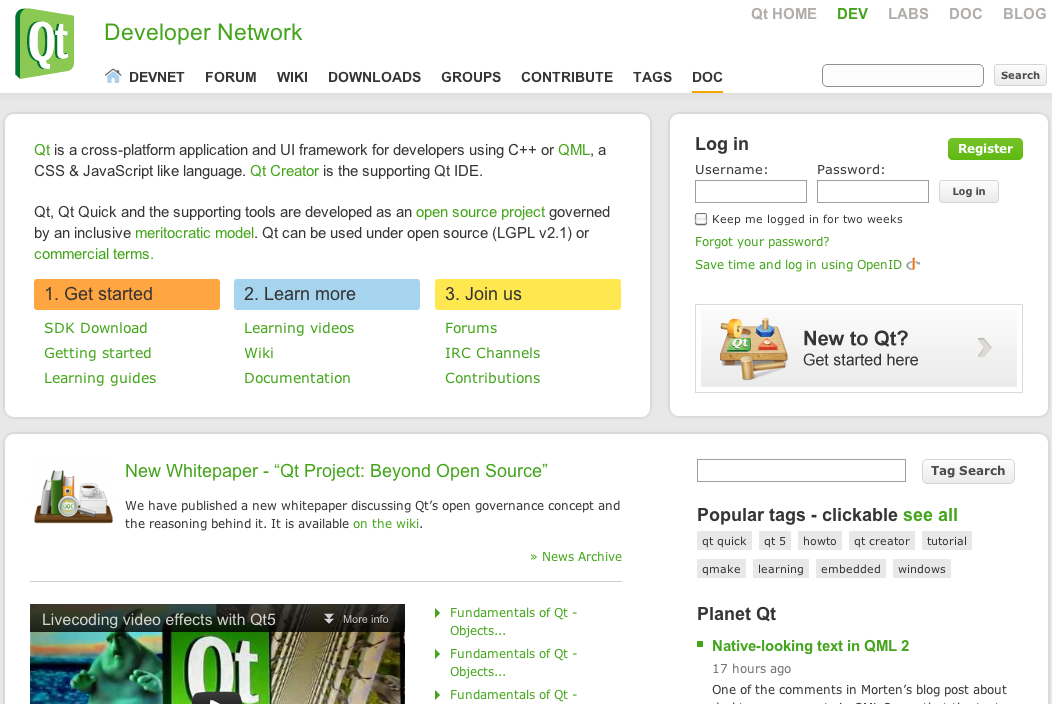