Following on from our extensive story on the Symbian Nokia Belle update availability, I wanted to highlight Nokia's own, surprisingly comprehensive, Belle Update FAQ. With five major sections, covering roll out, how to update, application compatibility, music license problems and troubleshooting, there's plenty of meat in here, and most users should find an answer to their update queries.

Here's the front page of the FAQ. Note that it's also dated, implying that it's going to be kept up to date with new answers as they are needed. Good stuff. 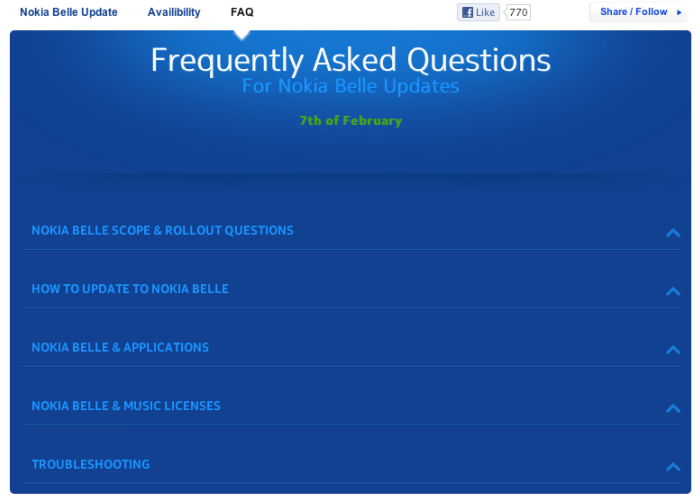 What the FAQ doesn't cover are Nokia's responses to some of the bugs, glitches and oddities that we've found since the update:

Let's hope that small Over The Air patches are even now being compiled, for release through SW_update on the phone? Will some Belle firmwares be held back for bug fixing?

Does the official FAQ answer your own questions? And how are you finding Belle, two days on (if you got the update)?