The previous version of Nokia Social was 1.3.x, which in installed by default on devices running Symbian Anna and Nokia Belle.

The UI of the application and its Twitter and Facebook modules have been reworked to closer resemble the Belle UI style guide, with icon-based toolbars and, in most places, split screen text entry. 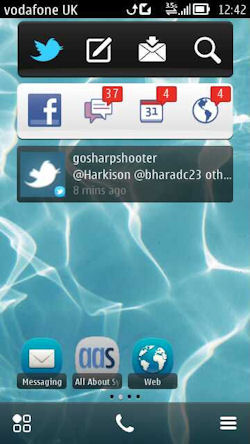 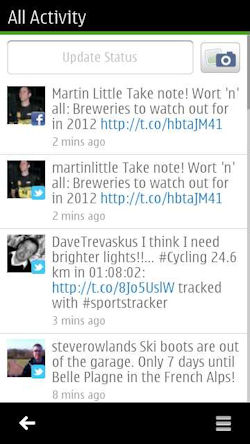 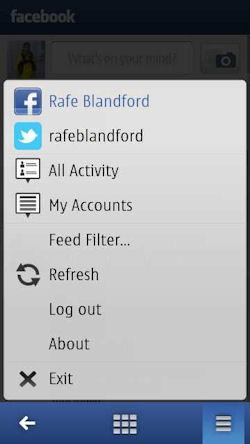 The Facebook module of Nokia Social has received a number of cosmetic and functional improvements. The most notable is the addition of support for Facebook notifications. In line with the Belle UI, there's improved support for context sensitive menus (e.g. when tapping on a name or profile photo). There's also a new panel style pop up navigation menu, giving quick access to News feed, Me (profile page/wall), Friends list, Inbox, Events, Requests, Photos and Notifications. Browsing photos in an album has been improved by the addition of support for 'swiping' between photos (similar to the built in Gallery application, and to the various third party Facebook clients).

The linking of Facebook friends to entries in the Contacts application has also been improved. Previously this was a manual process, but in version 1.4, once you have entered your Facebook account details, the application will automatically link contacts based on shared data (email address). How complete this linking is will depend on the accuracy of your contact data and the degree of overlap with your friends list on Facebook. Facebook friends and Contacts entries can still be linked manually should the automatic process not make the connection. As in previous versions of Nokia Social, once a Contact entry has been linked to a Facebook friend, status information will be shown in the contact card within the Contacts application. 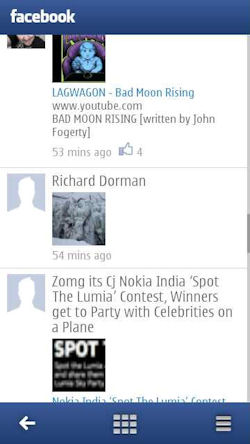 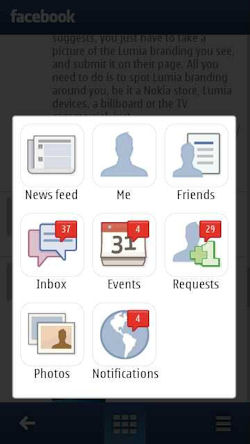 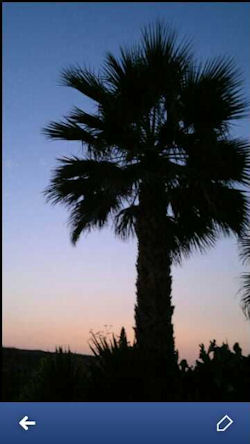 The Twitter module's UI has also been updated in line with the Belle look and feel, with the new style menu and split screen text entry improving the overall ease of use, while the inclusion of basic trending topics to the search screen is a sensible addition. 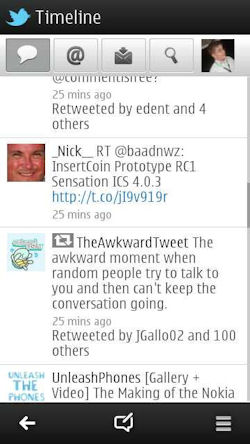 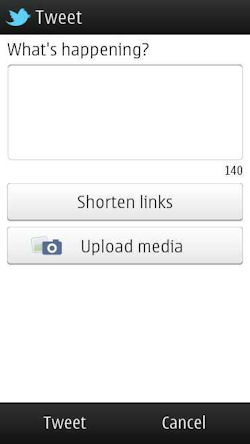 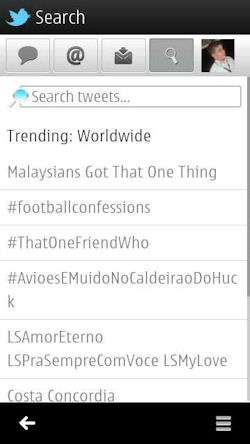 However, there are still area where the application lags, though some of this can be attributed to the need to load data over the Internet from Facebook and Twitter's API services.

Nokia Social will provide you with all the basic social networking tools you need. However, power users may wish to consider one of the third party Facebook or Twitter clients, if they are regular social network users.

As stated at the top, due the inclusion of updated homecsreen widgets, this version is for Symbian Belle only. When the existing Symbian^3 handsets have been updated to Belle, this will then be available through the Nokia Store for handsets such as the N8, C7 and C6-01.