For anyone using Windows who likes to live a little on the wild side, there's a brand new version of Nokia Suite, 3.3, available over on Beta Labs today. There's emphasis on the ease of update to Belle when it becomes available, so I suspect that both backup and firmware handling modules have been improved, plus there are improvements to proxy server handling, to message syncing and organisation. And newer is better when it comes to connectivity, right? Some quotes and links below. 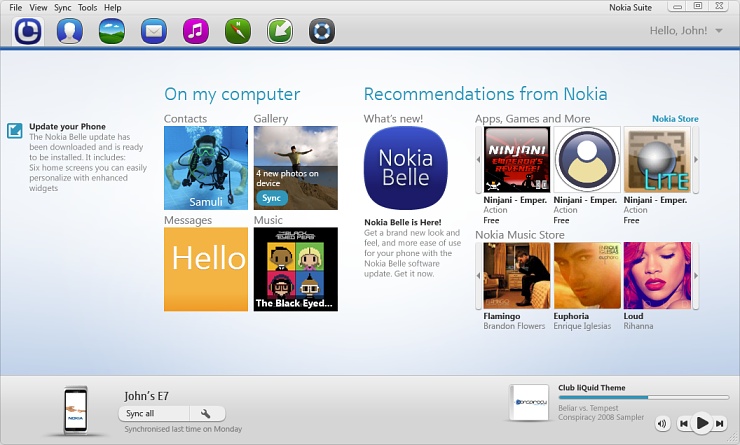 You can now keep your information in sync between your phone, Mozilla Firefox 8, and Mozilla Thunderbird 8. In the Home view of Nokia Suite, there's an ever-growing collection of Nokia Store apps, games, themes, and entertainment at your fingertips. In Nokia Suite 3.3 it's also easier to find the messages you're looking for, since the messages you have sent and received are now organised in groups of their own.

Also improved, for Nokia's benefit, is that screenshots of problems can be attached directly to the 'Send feedback' mechanism built into the Suite.

If you run into a problem with Nokia Suite, please read the instructions for reporting the problem. Note that before you start testing the Beta version, you should choose to Start collecting logs in the Options for Nokia Suite. The collection of logs has also been worked on, and Nokia Suite now collects the most relevant logs to give us a better picture on what goes on "under the hood" of the program.

If interested, then grab the new version, and do give Nokia some feedback.