A free exhibition is currently running at the London Design Museum (28 Shad Thames, London SE1), entitled, 'People Made - Nokia products that changed the world' and tells the 'inside story of Nokia - past, present and future'. The exhibition is free to enter, but is only running from October 28th to November 2nd, leaving you three days to go along and take a look.

The exhibition celebrates the 20th anniversary of the first mass market GSM phone (the Nokia 1011) and uses phones from throughout Nokia's history to illustrate and explain changes in both mobile and design.

Many of Nokia's most iconic phones are on display, serving as a reminder of the impact Nokia and its products have had in the last two decades. As you might expect the Nokia Communicators (Series 80) make an appearance, as does the Nokia 7650 (First Series 60 product), the Nokia N95 and many more. 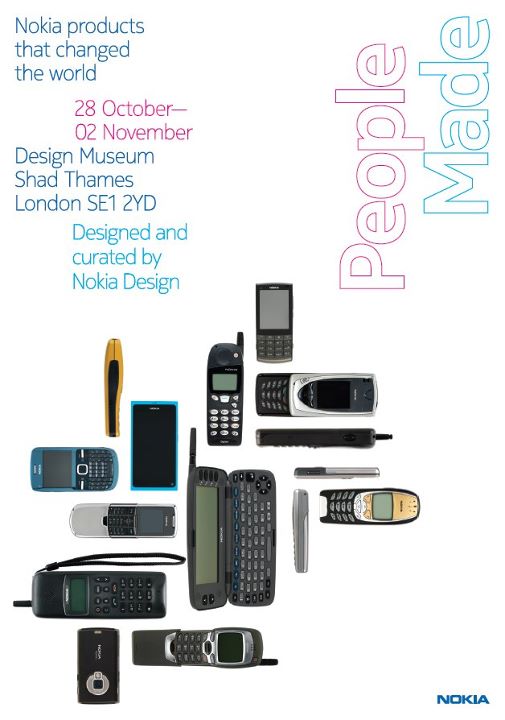 Here's Nokia's description of the exhibition:

And finally, the flowing main space celebrates the products themselves, vividly telling the stories of the most iconic and influential Nokia phones. An intriguing mix of exhibits and information reveal how Nokia has continually redefined the possible and captured the zeitgeist.

Using key products to mark moments in time, the visual narrative tells how Nokia has steadily influenced the way people interact and connect, and how Nokia’s design studio has grappled with the limits of materials, forms and interaction to create small objects of immense practicality and understated beauty.