Nokia World keynote and hardware launches to be webcast

Nokia World 2011 kicks off tomorrow, Wednesday 26th October and the entire 90 minute opening keynote is being webcast in video form to the world - so there's no excuse not to tune in and watch for yourself. Links below. We're expecting several Windows Phone handsets to be announced and we're very much hoping for some Symbian hardware too. Watch All About Symbian and All About Windows Phone for detailed stories on the announcements on the day!

Nokia is one week away from its biggest event of the year - Nokia World 2011, hosted in London at ICC London ExCel from October 26-27.  The opening keynote speech will be given by president and CEO, Stephen Elop, and will outline the latest Nokia news including the progress of Nokia's new strategy announced earlier this year and the plan ahead. Although press registration for Nokia World is now closed, the opening keynote can be viewed by all via live web-cast beginning at 9:00 a.m. BST on Wednesday, October 26 at http://events.nokia.com/nokiaworld. 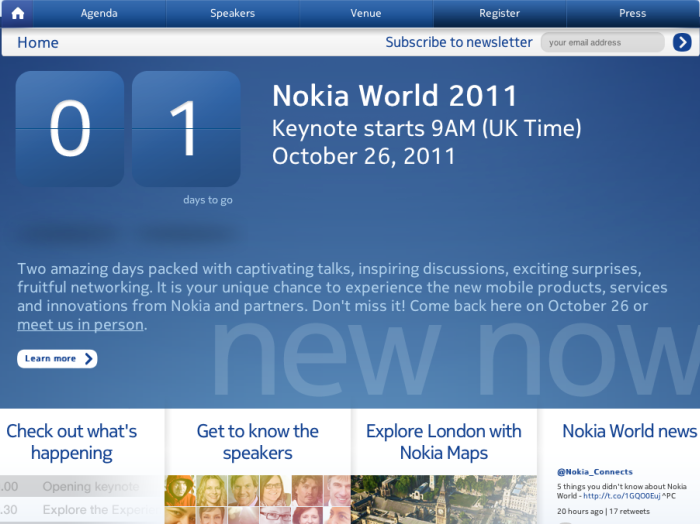