Nokia Conversations, the public-facing site where stories from inside Nokia are brought to the wider world, has been given a rather impressive overhaul. Far more than just a cosmetic facelift, there's a 'notifications bar' (on the left) with dynamic links to breaking content and language controls, there's an emphasis on the 'big story of the day', the ability to contact individual story authors and a general de-cluttering of the interface.

There also seems to be more of an emphasis on video material, which is very much in line with the modern trend and is not dissimilar to what I did on the main Phones Show web site last year. Here's today's front page, with the (re) launch video and showing the notifications 'bar' in action: 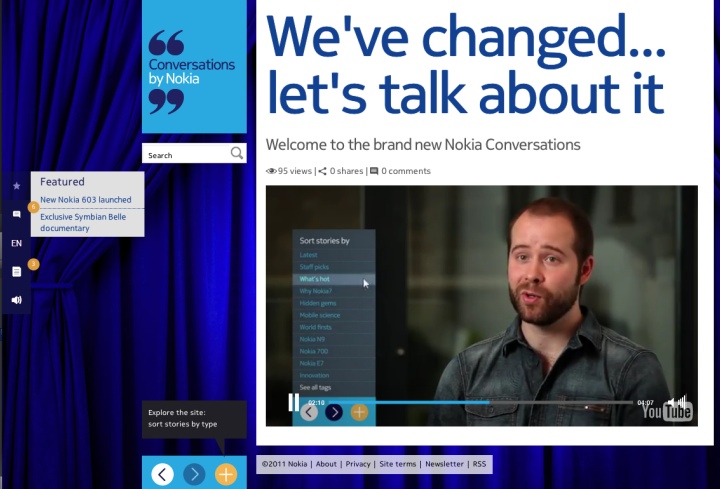 There's an innovative newspaper-like headlines ('Latest') page, in which graphics appear as you roll your mouse over each headline: 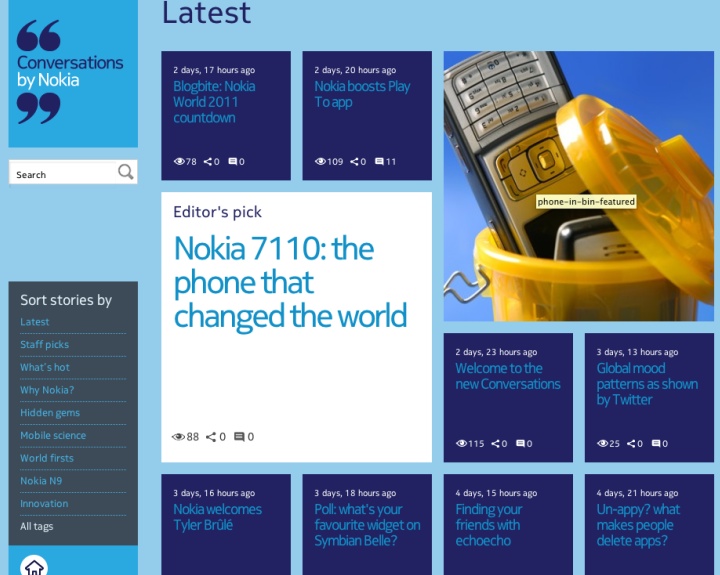 Once you get into the regular content, here's the new standard layout (below). Nokia were at pains to point out that it has been able to get rid of the usual top menu bar, leading readers straight into the content. Articles have their own individual 'title' bar, leading to related content (e.g. "Photo gallery, Video").

Having a thumbnail of the author is a nice touch, as is being able to contact them directly. There are also stats on each article, the usual social sharing buttons and a variety of ways to filter/show other content: 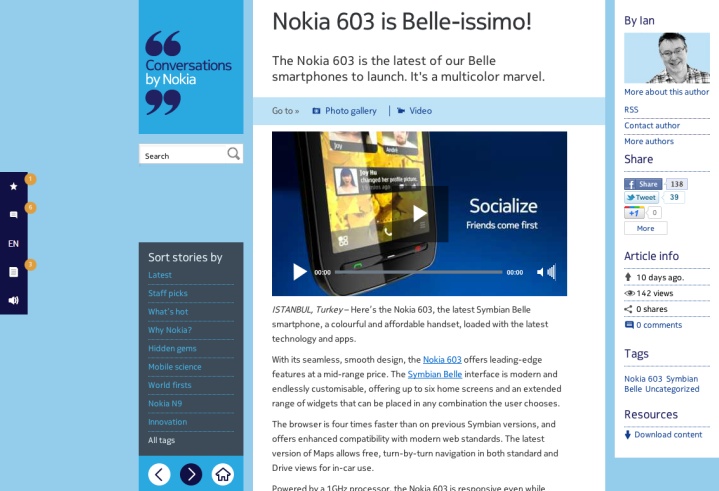 All in all, a nice job, I'd say. Of course, it's very much an official site and there are no truly independent or unbiased articles, but there's usually plenty of interest, on the Symbian, Series 40, N9 or Windows Phone fronts.

Here's the launch video, which goes through all the design features and functionality of the facelifted site: