Alongside the Nokia 603, the Luna Bluetooth Headset has also been announced. A playful looking in-ear headset, it comes in five colours as well as being NFC enabled. In practice this makes pairing practical - just tap one of Nokia's NFC handsets to the base and you'll be paired up. Other more traditional methods of scanning the area and pairing are naturally available as the headset conforms to the 2.12 Bluetooth specification. Answering calls is a simple matter of popping the headset out the holder and into your ear.

Interestingly, the Luna is not designed to stay in your ear all the time. Nokia's Loud and Gear paints a typical scenario of answering a call on your mobile by reaching for the holder and popping out the headset, which automatically pairs up the Bluetooth connection and answers the call for you. Ending the call is done by placing it back in the holder.

This usage model is not going to be for everyone, but I can see it being attractive for people who need two hands while on a call, but aren't in a position to continually wear another Bluetooth headset throughout the day. Nokia have also allowed the Luna to have a relationship with two smartphones at a time, for those of us who carry a personal and a work mobile. 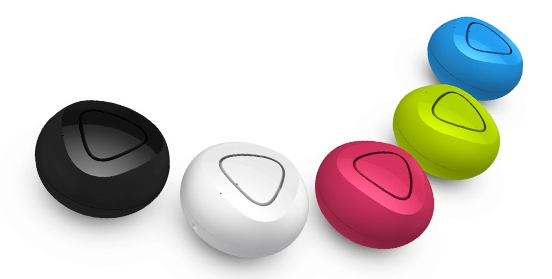 Pricing looks to be around 70 Euros, with availability before the end of the year. More from the Press Release and at Nokia Conversations.