Today, at the IAA (a car industry event), Nokia announced Car Mode, an application designed for the in-car use of Nokia smartphones. It offers simplified access to Nokia Drive (voice-guided car navigation with Nokia Maps), music and voice calling functionality. In addition, the application also supports MirrorLink (previously known as Terminal Mode), which allows for a rich connection between phone and car. The application, which has been developed in Qt, will be available for download from the Ovi Store in Q4 for Symbian Belle devices and the Nokia N9. Update: added screenshots of Nokia Car Mode.

Having a dedicated application for in-car usage make sense, but the real benefits come when it is combined with integration into the car's hardware. This is what the application's support for MirrorLink is all about. The MirrorLink technology enables the replication of the screen of the phone to a head unit and will also connect the phone to the car's audio system. The head unit, which is generally made up of a dashboard mounted touchscreen and associated buttons, can send input to the phone. In addition, the phone can also use the car sensors (e.g. GPS and microphones), to augment its own built in sensors. 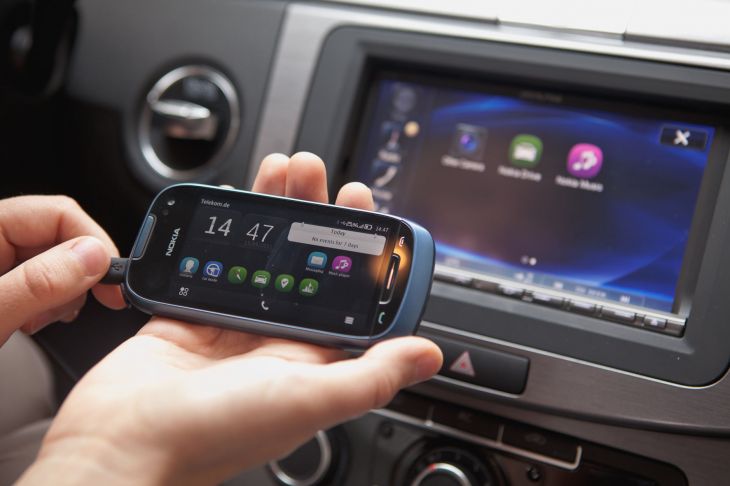 In practice, this means that key phone functionality and applications appear to be fully integrated into the car's own systems, going a long way beyond what is possible with current Bluetooth-based systems. The phone holds the data and is doing most of the hard work, but there should be no need to actually interact with the phone directly. Rather, everything can be controlled from the head unit's touchscreen and associated controls.

MirrorLink is an open standard (and trademark) of the Car Connectivity Consortium (CCC). The intention is that MirrorLink head units will work with any phone that supports the standard (i.e. akin to Bluetooth or USB). Nokia is just the first phone manufacturer to implement MirrorLink support. Other members of the CCC (HTC, LG, Sony Ericsson, Motorola Mobility) are likely to follow in due course. We are likely to see further developments at the Car Connectivity Consortium Summit, which takes place at the end of the month in Chicago.

MirrorLink was previously known as Terminal Mode, a technology that was initially developed in Nokia Research and Development labs. We've previously written about the technology here and here.

This video, from Nokia, shows Nokia Car Mode being used with Alpine's ICS-X8 App Link Station. The phone is plugged into the Alpine head unit, which automatically starts the Nokia Car Mode application.

These screenshots show the Nokia Car Mode application running on a Nokia N9. The application will look near identical on the Symbian devices and can be used in ether portrait or landscape orientation.

Nokia Car Mode can be used in stand alone mode (i.e. when sitting in a holder or sitting on the dashboard) or in conjunction with a full head unit (i.e. via the MirrorLink functionality).

The navigation functionality provides a simplified form of Nokia Maps. As shown in the screenshot below, the size of the on-screen controls are increased and larger fonts are used for the text labels. 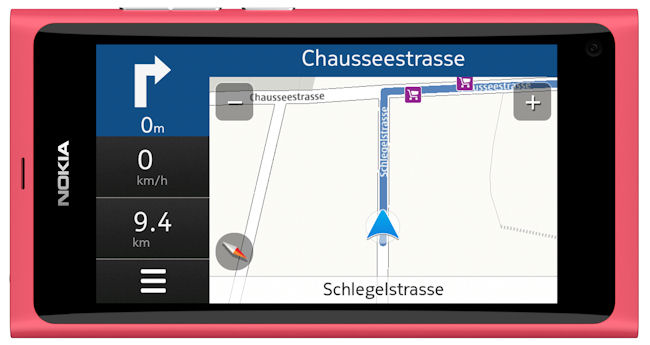 The aim of the simplification is to make the application easy to use when in the car. In the screenshot below the controls have been reduced to a back button (toolbar) and start navigation button. 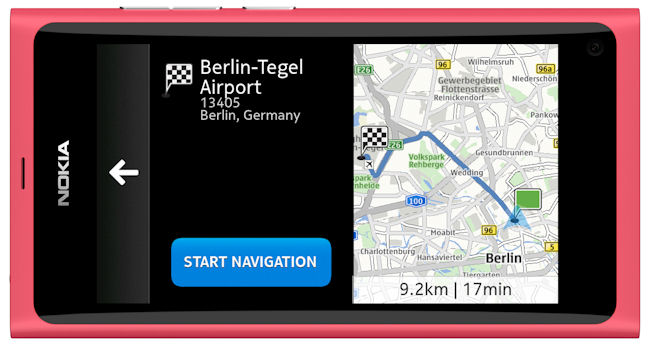 The same simplification and optimisation is found in the music portion of the application. In particular the size of the music controls, on screen indicators and descriptive text is increased. 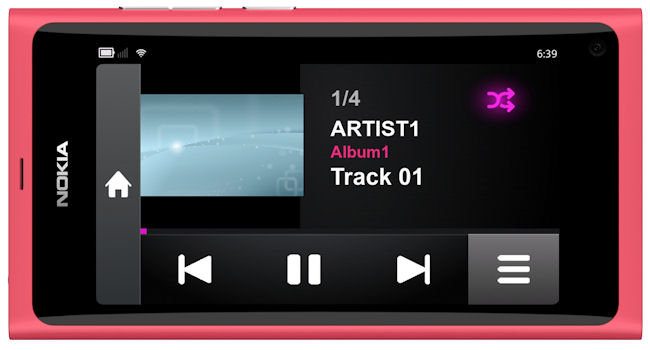 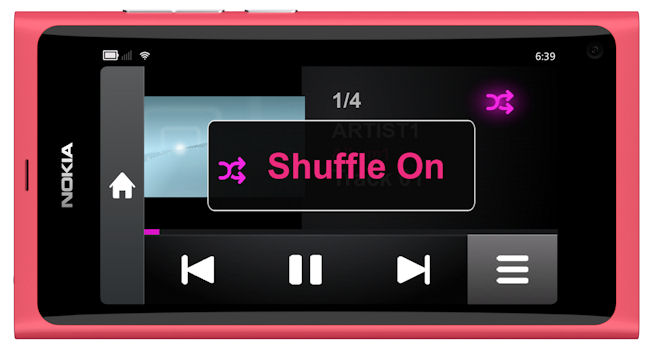 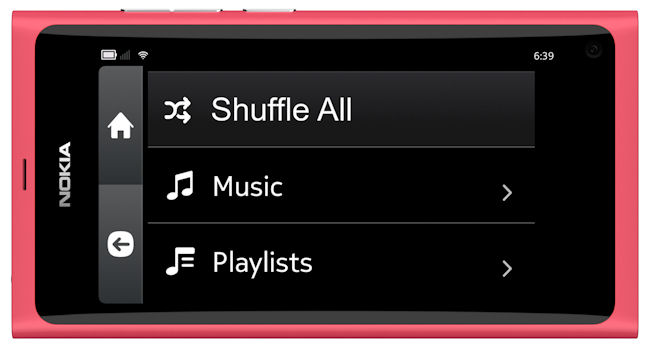 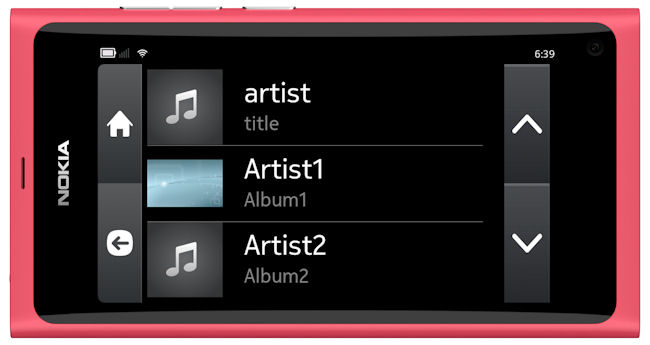 The first commercial MirrorLink head units to be announced is Alpine's ICS-X8 App Link Station. It was also announced today at the IAA event and has been developed under a strategic partnership agreement between Alpine and Nokia.

The Alpine ICS-X8 is a head unit that can be retrofitted to supported cars to add MirrorLink and Bluetooth hands-free phone functionality. It has a high resolution seven inch touchscreen. Other features include a built in Bluetooth module, echo cancellation and microphone gain adjustment (allowing sound quality to be tweaked for virtually any car interior) and the ability for the software to be updated via a USB connection. 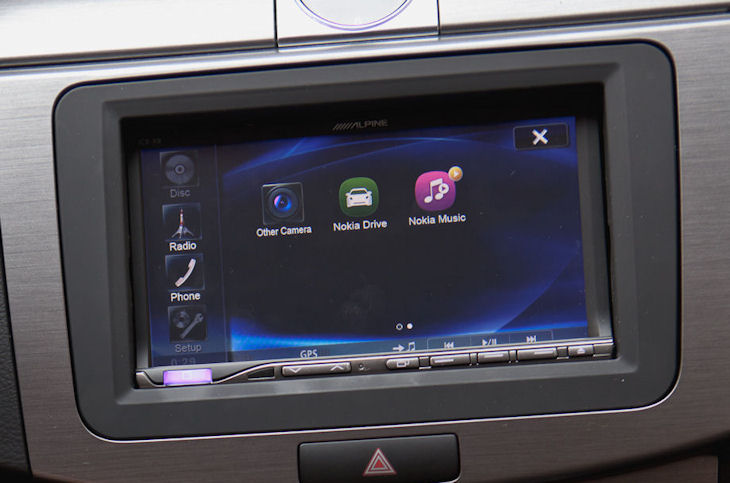 As part of the ICS-X8 package, Alpine provides sound equipment that reflects the company's heritage in this area:

The ICS-X8 will be available in November through authorised Alpine dealers.