At the Try Something New event in Hong Kong today, the Nokia 701 was announced. This new Symbian Belle smartphone is based on the design of the Nokia C7-00, but has an upgraded 1GHz processor and an improved display (IPS LCD, ClearBlack), which Nokia says is the brightest screen available on any smartphone. Other key features include NFC, active noise cancellation in calls, FM transmitter (Play via Radio), an 8MP EDoF camera, GPS, WiFi, pentaband 3G and 8GB of internal memory. The Nokia 701 will be available in Q3 2011 at a cost of €290 before taxes and subsidies. 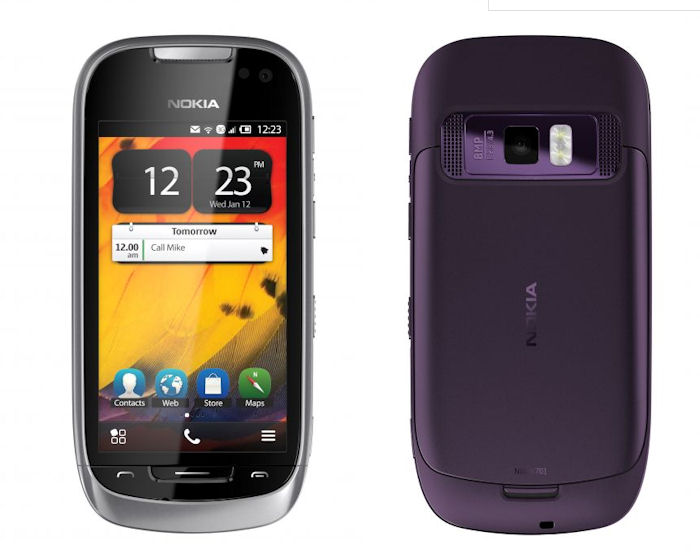 The three big upgrades from the Nokia C7-00 are the use of Symbian Belle, also announced today, the inclusion of a faster processor and the upgraded display. Symbian Belle will be available for the C7-00 itself in due course, but the Nokia 701 will be available first. Other smaller upgrades include faster 3G (cat 10 HSDPA - 14.4 Mbps and cat 6 HSUPA - 5.76 Mbps) and additional NFC functionality (remember that the C7-00 NFC chip was not activated until the Anna update).

The C7-00 had an AMOLED screen; the Nokia 701 changes technology to IPS LCD, which in our experience offers slightly better outdoor performance and wider viewing angles. However, the use of ClearBlack also indicates the layers making up the screen have been rearranged, to help cut down on reflections and refractions within screen elements, thus improving screen visibility further in all conditions. 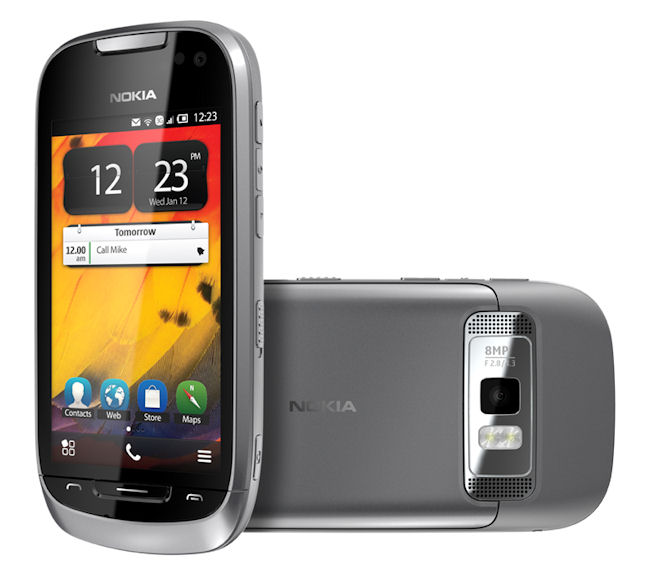