Nokia has launched a new Symbian Anna-powered mass market smartphone, the Nokia 500, at 150 Euros (plus taxes) all-in, with 1 GHz processor, interchangeable back covers, 3.2" capacitive nHD touchscreen, pentaband 3G, WiFi, GPS, 5 megapixel camera (EDoF) and 2GB of internal memory plus microSD expansion. Impressively, the Nokia 500 only weighs 93g, making it the lightest Symbian^3 device so far. The device will be available in retail channel within the next 60 days.

The Nokia 500 is the first lower mid tier Symbian^3 device. This is reflected in the price - by comparison, the previous cheapest Symbian^3 devices was the Nokia C6-01, with a launch price of €260. In order to cut costs, Nokia is using a new, lower cost hardware family on the Nokia 500 (more details below). Despite the cost cutting, the Nokia 500 retains an impressive array of software and hardware features and offers excellent value for money.

Although there are two basic colours for the Nokia 500 (black - in Q3, and white - in Q4), it has a removable battery cover, which means a number of colour options are available: black, orange, khaki, purple, coral red, azure blue, green, pink and silver. In a similar approach to the Nokia C5-03, each device will come with three covers.

The Nokia 500 is the first device to use Nokia's new naming scheme. Future Nokia device names will have three numbers, with the first number serving as the index identifier (1-9, with increasing features / price point) and the second two numbers serving as a unique model identifier. Or put another way, the new scheme sees the removal of both the letter (C, E, X and N) and hyphen from the existing naming scheme. 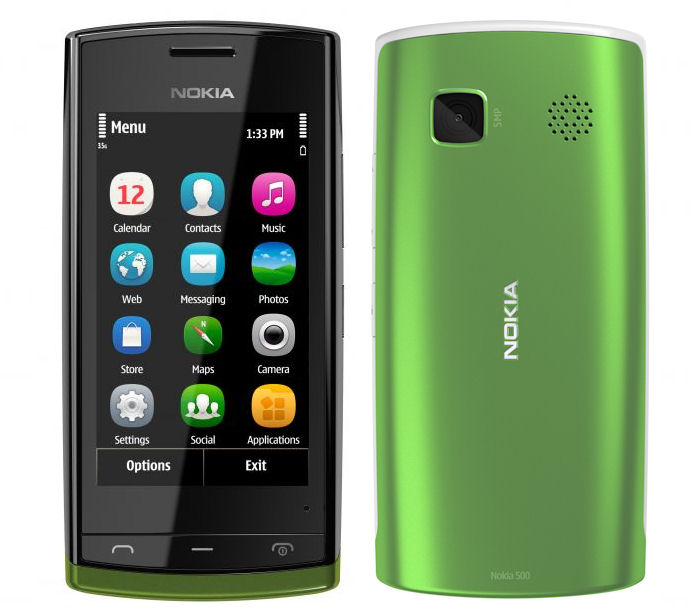 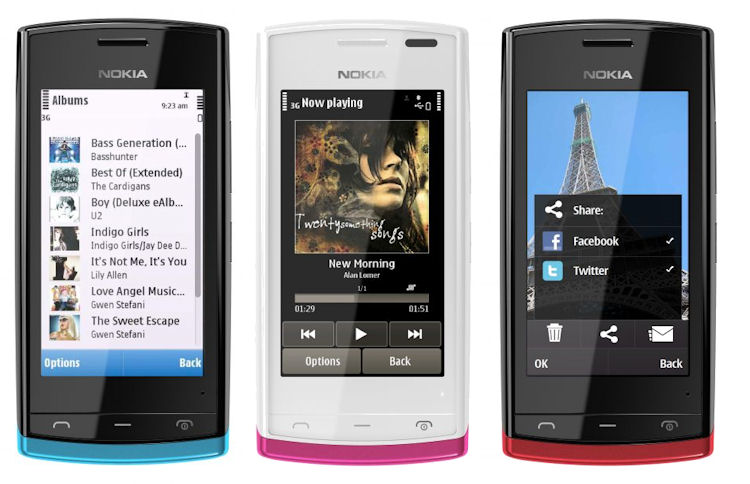 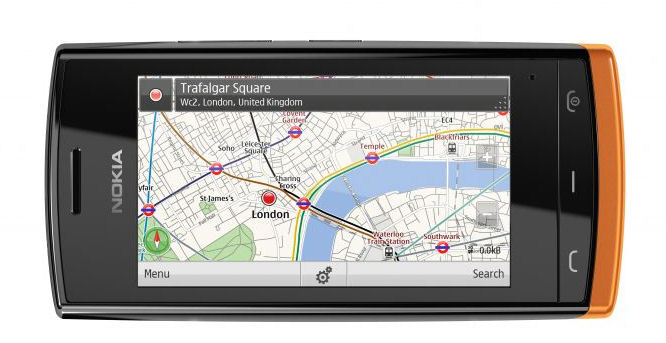 New hardware family (what does the 1GHz processor mean?)

The Nokia 500 runs on a different (new) hardware family, compared to the earlier Symbian^3 devices. The Nokia 500's hardware family is lower cost, which, as you would expect, means some compromises have been made. The most important of these is in the processor specification. The Nokia 500 has a higher clock speed (1000 MHz ARM 11 versus 680 MHz ARM 11), but it does not have a 3D graphics co-processor.

We do not know the details of the processor model, which means it is not possible to make a meaningful comparison of the clock speeds because performance can vary between processors (clock speed difference may not be directly proportional to performance).

In any case, the absence of a 3D graphic co-processor is the more noteworthy change. For example, it means the Nokia 500 cannot capture or play HD video and it may also limit the availability of some games for the device ('HD' [OpenGL] titles may not run fast enough). Theoretically, Symbian^3's minimum requirements include a GPU, but Nokia has obviously found a way round this - most likely using some of the processor's 'extra' clock speed to drive a 'virtual' (software based) equivalent and/or a lower specification graphics component on the SoC.

There are a number of other noteworthy points about the new hardware family. It supports Bluetooth 2.1 (not 3.0 as in the high end Symbian^3 hardware family), supports only b/g WiFi (dropping support for n), does not support TV-Out and has poorer overall power management. However, it does retain the pentaband 3G , which is unprecedented in such a low cost device, and even manages to up the HSPDA and HSUPA category by one slot (Cat 10 - 14.4 Mbps down and Cat 6 - 5.76 Mbps up), which means faster 3G speeds if supported by your network.

Until we get hands on time with a Nokia 500 it is not possible to reach a final conclusion about the performance of the new hardware family. However, it is likely that basic performance will be similar to or just below the existing Symbian^3 devices in most usage scenarios, with the exception of graphically (3D) intensive use cases, where performance is likely to be poorer.

As such, at first glance, the 1 GHz entry on the Nokia 500 specification sheet is somewhat misleading. However, it should not be seen as a negative, but rather the result of pushing Symbain^3 onto lower cost devices. It's worth remembering that the core user experience of Symbian^3 is a significant improvement over Symbian^1 (single tap UI, flatter menu structure) and this difference will grow with future software updates (Belle).

This launch video covers the key selling points of the Nokia 500.

In this second video, below, Nokia has taken a slightly different approach to its normal videos. A spokesperson offers a guided hands-on tour of the device, explaining the key hardware and software offerings.