Yesterday Microsoft offered the media a preview of Mango, the next release of the Windows Phone platform. The release will deliver more than 500 new features, with an emphasis on communication, apps and the Internet. Mango will also see wider language support, the addition of 1500 APIs for developers and significant performance improvements. Mango is scheduled to arrive in the autumn and will be the version that Nokia uses on its first Windows Phone devices, scheduled to appear in 2012 in quantity. 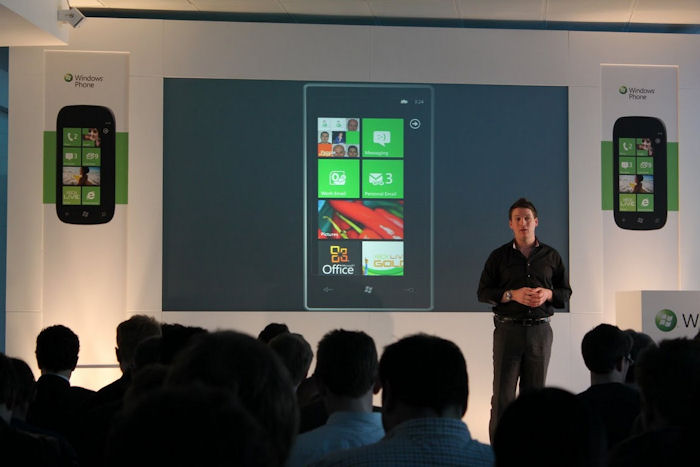 "Seven months ago we started our mission to make smartphones smarter and easier for people to do more. With Mango, Windows Phone takes a major step forward in redefining how people communicate and use apps and the Internet, giving you better results with less effort."

At yesterday's presentation in London and in the related press releases, Microsoft described three broad areas of updates: communication, apps and the Internet; with a general goal of allowing people "to what they want, more easily and with fewer steps". Mango is the code name for the next release of Windows Phone, which was described as a "major release".

Below we've summarised the key updates available in Mango. We will publish a more general editorial assessment, with some overall thoughts, in a subsequent post later this week.

Threads, which allow you to switch between SMS, Facebook chat and Windows Live Messenger in the same conversation, effectively creating a unified instant messaging experience.  It's an enhancement of the SMS conversation view found in many mobile devices. Users can choose which communication method they would like to use and will see relevant status information, as shown in the screenshot below. 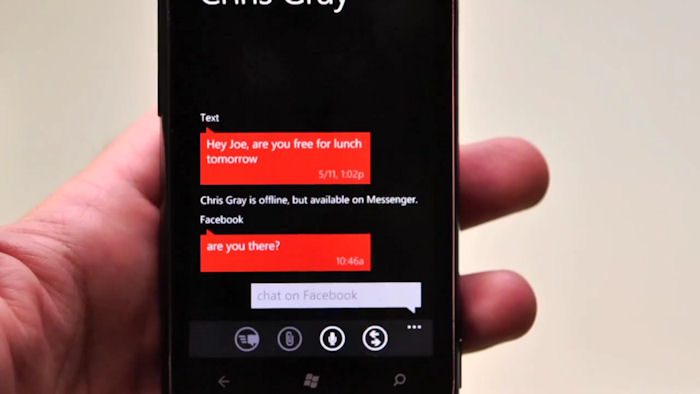 By default, Mango devices will ship with a Family group ready to go. When you first click on the family tile it will ask you to choose the members of that group. Contacts with the same last name as you will be automatically prioritised in this selection list, based on the fact that the phone already knows your last name. 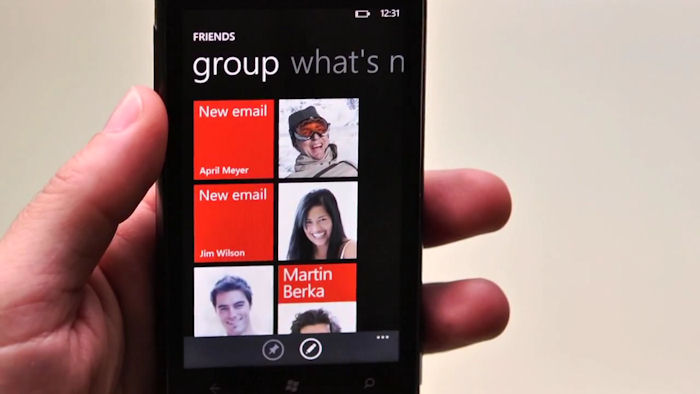 Deeper social networking integration: Mango adds Twitter and LinkedIn integration to Windows Phone. These will both operate in the same way as the Facebook integration. This means status updates and related information are integrated into the People Hub and contact cards. Mango also adds support for Facebook check-ins and face detection software, making it easier to quickly tag photos and post them to the web.

Linked inbox allows you to see multiple email accounts in a single inbox. Microsoft promoted this as an easy way of separating work (Outlook/Exchange) email from personal email. They noted that people often have a work account (Exchange) and personal email, which they wanted to keep separate. However, personal email often came from several different email accounts (e.g. combine Gmail, Hotmail and ISP email). 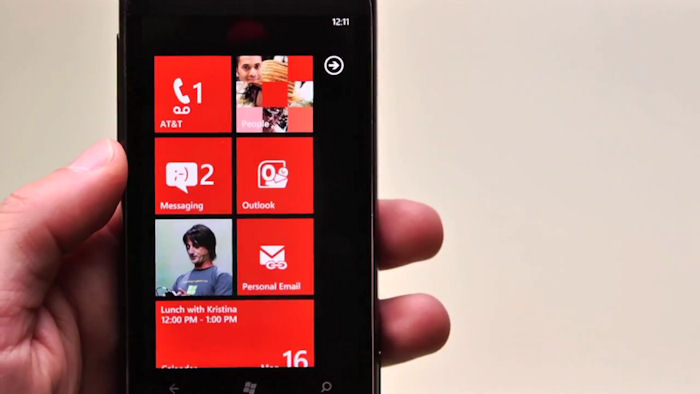 Conversations view groups email together so that you can more easily keep track of an ongoing email thread/conversation. This helps improve organisation in the list views and enables actions (e.g. mark as read, move to folder) to be taken against all the emails in a conversation in one go. 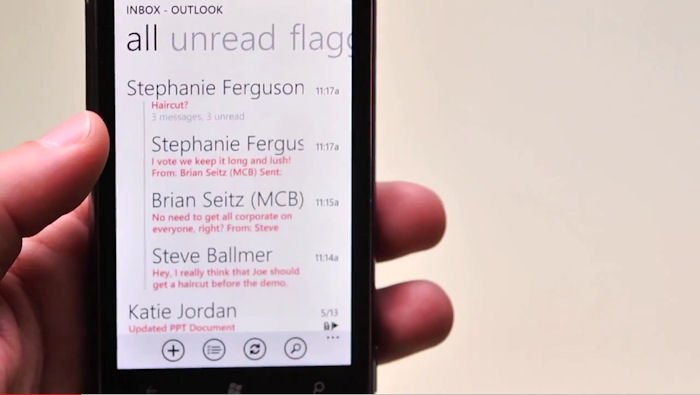 Hands free messaging uses text-to-voice and voice-to-text functionality to read out and dictate text messaging or chats. This allows for hands-free function (e.g. when driving or running).

Multitasking allows you to quickly switch between apps and allow apps to run in the background. Strictly speaking, technically, the multi-tasking is limited in its implementation. Background services allow certain type of application tasks to run in the background (e.g. audio), in other cases the apps are put into a suspended mode, from which they can be instantly resumed. However, this does give the full perception of multitasking and the majority of the benefits and the restrictions allow improved power, processor and memory management (i.e. longer battery life). 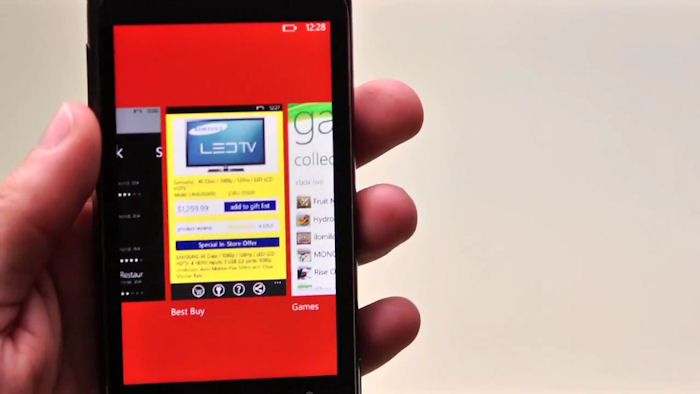 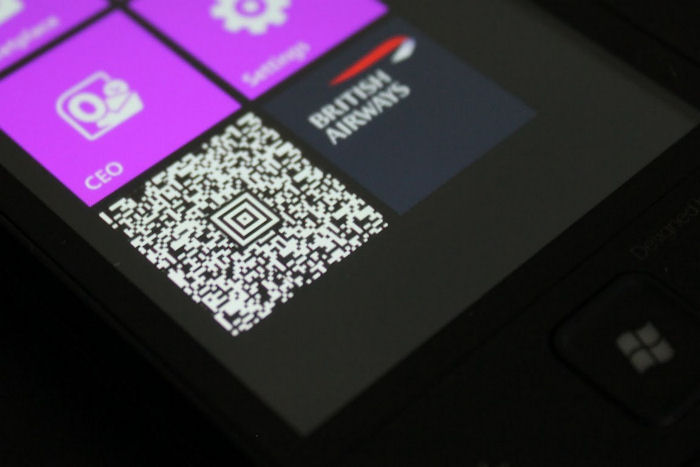 App Connect allows apps to be more deeply integrated in the Windows Phone Hubs. For example, when performing a search for 'Adele', the Last.fm app will be one of the results; similarly, the IMDB app will be suggested (and deep linked) if you search for a film.

Internet Explorer 9 is a significant update to the browser functionality of Windows Phone (currently a browser based on IE6 technology). The new browser is based on IE9 and includes support for HTML 5 and full hardware acceleration. Microsoft showed a demo where it out performed the iPhone, Blackberry (Torch) and Android (Motorola Atrix) phone in an HTML 5 test. Such a result is inevitable in a media demo, but Internet Explorer 9 is a very competitive mobile browser. 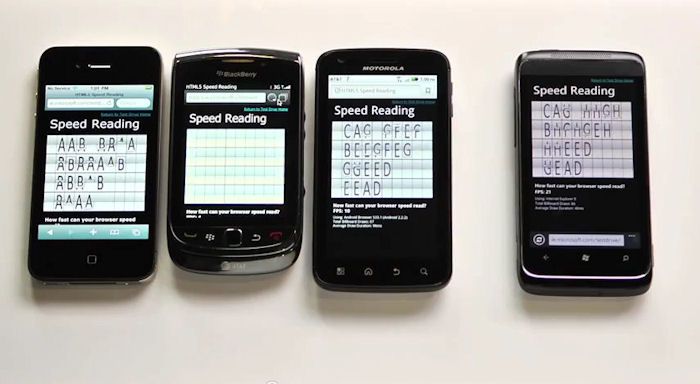 Local Scout provides local results and recommendations for nearby restaurants, shopping and activities. It's available from the Bing (search) application and requires no additional text entry. It uses your current location to provide curated results: eat+drink in the first screen, shopping in the second, things to do in the third and highlights in the fourth. 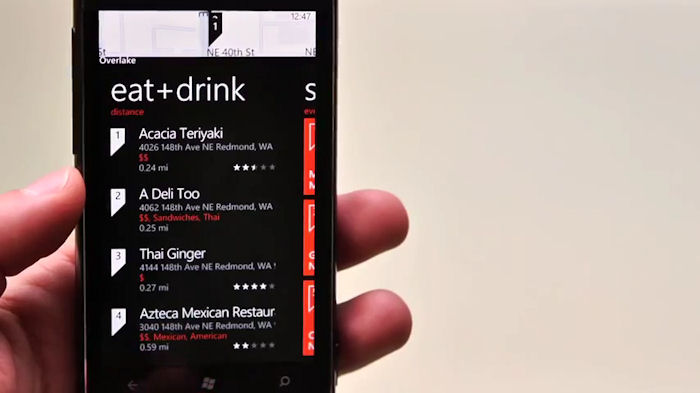 Bing updates include Voice Search and Music Search. The most eye catching in the demo was Bing Vision, which uses the camera to recognise objects (books, films and CDs) and offer information and purchase options. In the demo, a book was recognised, passed to the Amazon Kindle app, purchased and downloaded to the phone in around 15 seconds. Bing Vision can also recognise QR codes and bar codes and perform searches or actions against these. 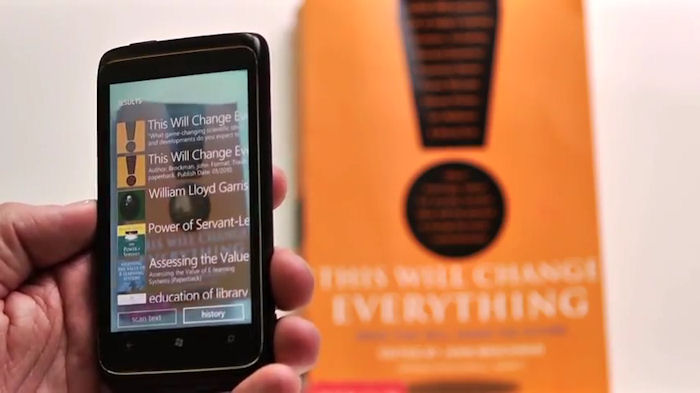 Quick Cards provides more intelligent search by automatically grouping information together. For example, searching for a movie would return a combination of brief description, reviews and venue information.

With 500 updates in total, Microsoft was unable to cover all the updates during its presentation of the Mango update. Here are some updates that fell outside the three categories above or caught our interest during later discussions and demos.

Turn-by-turn directions in Maps has been added to the Maps functions of Bing. However, it remains unclear how and when Ovi Maps (likely to be Nokia Maps, given the rebrand) will be rolled into Windows Phone. Phonescoop reports that Microsoft spokesperson, Greg Sullivan, said that Microsoft will not switch to Nokia Maps for the Mango release, but implied a switch may occur in early 2012. While both systems are based on Nokia's NAVTEQ data, they obviously have significantly different user experience approaches and will take some time to merge or itegrate together. 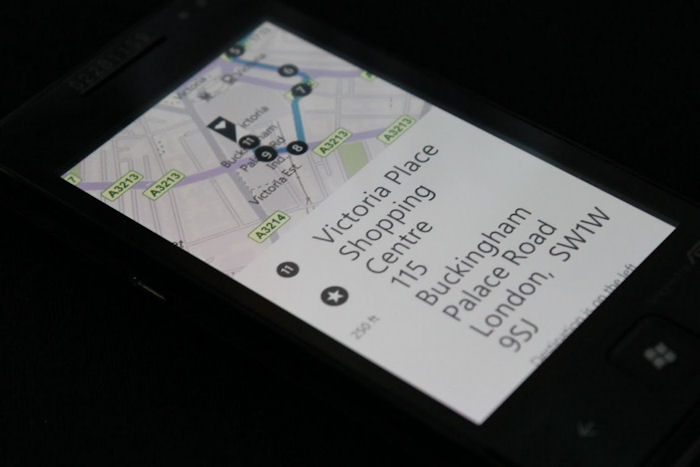 Office improvements. Mango includes app updates for the Office Hub and the addition of Office 365 (focused on SMEs), Sharepoint and SkyDrive support. This gives access to cloud-based storage; documents can be seamlessly downloaded, edited and reuploaded. For the user, there will be no apparent difference between using local or cloud storage when accessing or editing Office files.

PDF support will be integrated into the Office Hub. PDF files will appear (e.g. in SkyDrive) and will be opened in the Adobe Reader app, which you will be prompted to install if you have not already done so. This applies more generally to SkyDrive; where possible, Windows Phone will find the application that is able to open a given type of file.

Me Tile functionality has been improved. It now allow you to change your Messenger (IM) status and kick off a Facebook check-in, based on your current location.

Tasks are now supported. They appear as To-do's in the Calendar Hub. They can be synchronised from Exchange, Windows Live Calendar and other Calendar sources.

Improved Exchange, including better policy support, such as allowing protected (DRM) emails; this functionality allows for corporate emails that are read only, or are blocked from forwarding and similar functionality. Also falling into this category is support for complex (alphanumeric) passwords, availability of a Lync application (previously known as Communicator), email server search (search for emails not on your device). More details on the Windows Phone Blog. 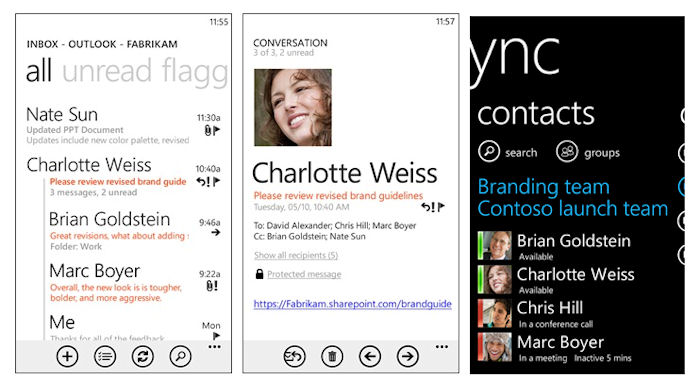 Additional hardware support is available, with NFC and 4G being specifically mentioned. However, Microsoft said it would unveil more details of hardware support when it started talking about devices. It seems likely that the base line Windows Phone chassis specification will be improved. However, it is also worth noting that all current Windows Phone hardware is supported and will be updated to Mango.

Microsoft also made a number of announcements, related to Windows Phone.

Video demo of the key features of the Mango update