The Nokia E7 has received a minor firmware upgrade, from version 13.016 (PR 1.0) to version 14.002 (PR 1.1).  The update, which is 907 kb in size, is available OTA (over the air) and can be downloaded using the 'SW update' application. This is a small update with minor performance improvements and a number of bug fixes. 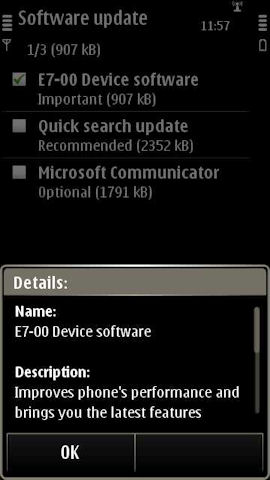 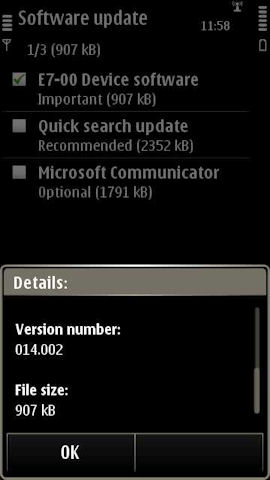 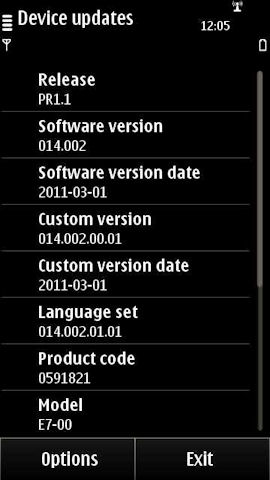 Typically, firmware updates become available for different markets over the course of a few days. Operator variants (i.e. those devices customised by an operator) can take longer because, in most cases, operator approval is required before the update can be distributed.

Thanks to Arun for the tip.

The E7's version 14.002 firmware is also known as PR 1.1. However this is not the same as the PR 1.1 release for the other Symbian^3 devices (N8, C7 and C6-01). For the current Symbian^3 devices, a more accurate way to determine the version of the software is to look at the firmware version.