Since at least, the beginning of this year, there have been a growing number of reports about 'defective' screens with some models of the Nokia N8-00 and C7-00. Reports vary, but the key theme has been an errant (mainly red-purple) colour tint, which is more apparent in dim, or black areas of the screen, under specific circumstances. This fault is certainly not universal. Furthermore, as far as we can tell from our own research, there doesn't appear to be a correlation to any particular firmware version either. Read on for links and examples of the the fault.

We've seen a number of forum threads reporting the same broad set of problems. A wealth of user anecdotes can be found on the NokiaUsers.net forum in a thread entitled "I think Nokia are using two screens on [the] N8". Also on the DailyMobile.de forum, there is a similar thread, "Nokia N8 AMOLED Display Colour Problem". There are also numerous threads to be found on Nokia's own support forum; see here, here, here, and here.

The most common complaint is that screens tend to display a purple tint over progressively darker areas of the screen. This would suggest that as the software, operating system and electronics (see what we did there? - whatever it turns out to be, we can say we were right!) instruct pixels to reduce their brightness (i.e. go toward black), the blue and red pixels are not reducing their output as much as they should. There is some variation in these reports, as other examples (including photographed examples) have a more red or brown coloured tint. Other users have also reported poor colour gradients, but this problem appears to be less common. 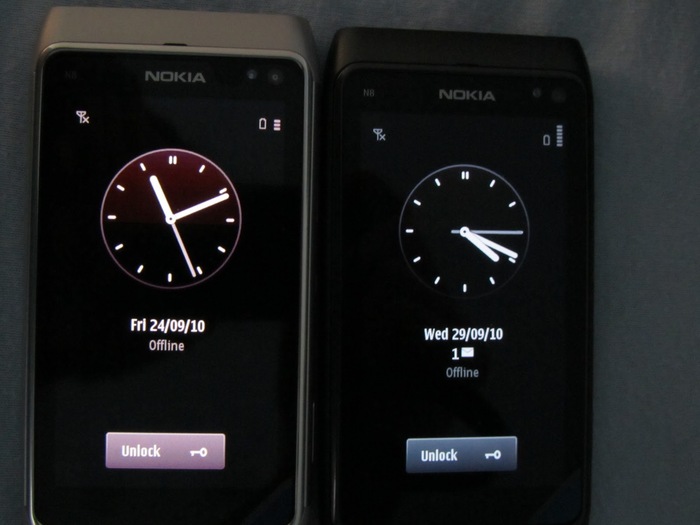 An example of the red tone in some N8 screens

There are test images that users can download (gradient and tone) to determine how well their screen is performing. Below are example photographics published by blogger Michael322, please see his post for more details.

Based on the following test image ... 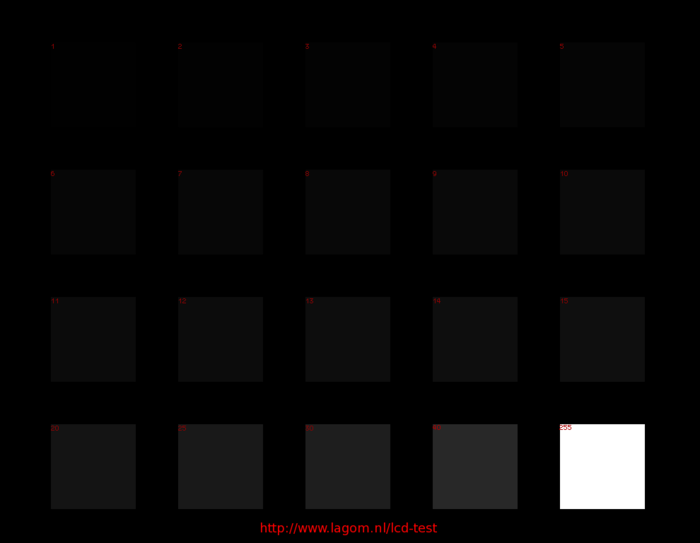 The difference across several N8's is clear to see: 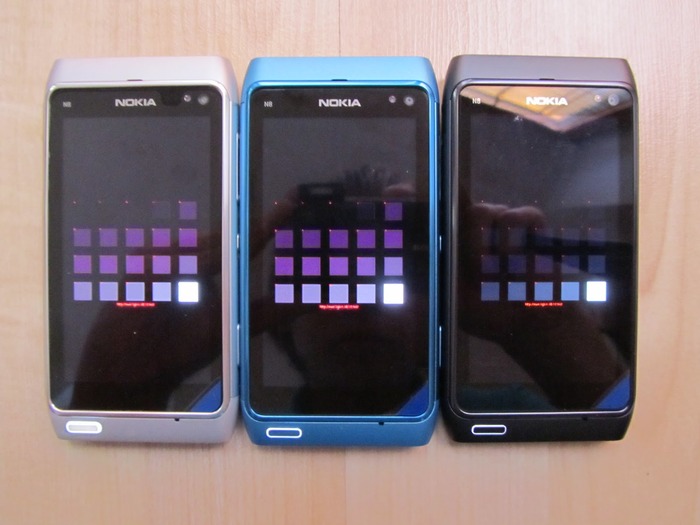 When it comes to the gradient test: 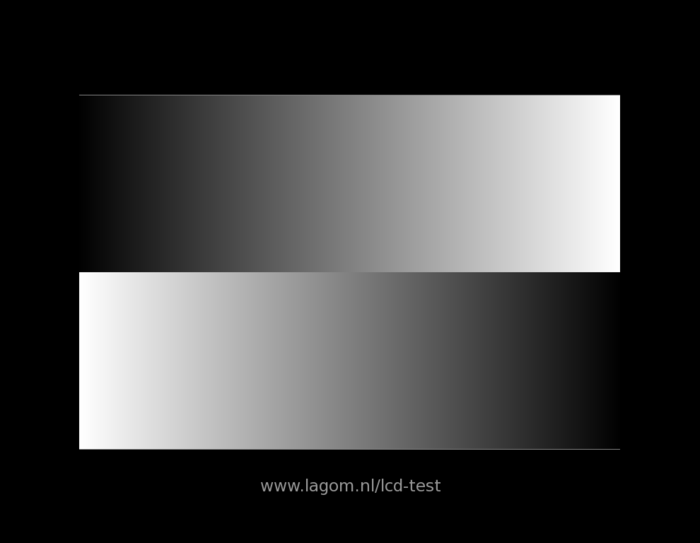 The colour tints are clear to see again: 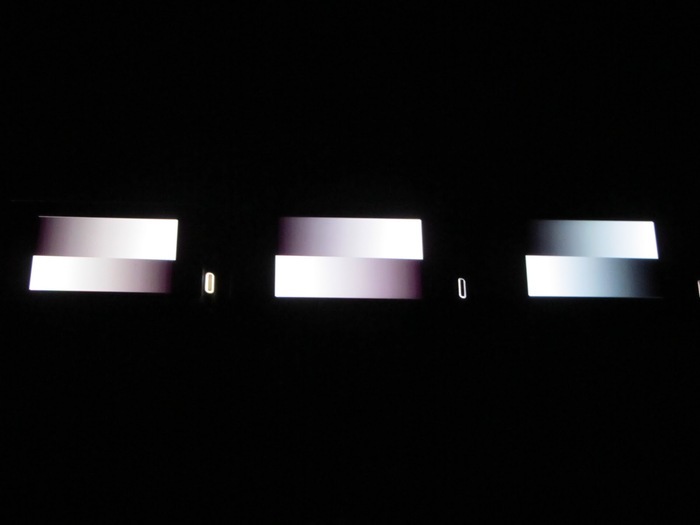 Here at All About Symbian, our own N8 and C7 review units were made early in Nokia's Finnish production centres, and so were made (presumably) with the highest quality components and highest attention to detail. However, our own Steve Litchfield has seen an affected C7-00 first hand with this same purple tint for dark areas (courtesy of our friend Tim Salmon), and was able to compare it against his N8-00 review unit which does not suffer this problem.

There hasn't been an official statement from Nokia about this, to date. However, it would be safe to assume it is indeed aware of it and looking into the problem. If indeed the issue is due to inferior screen components, it's highly likely that rectifying the problem will involve sending your phone away for a warrenty 'repair'. Theoretically, a firmware update could perhaps recalibrate the colour space on these devices or perhaps fix a badly behaved driver, but I can't really comment on this.

If you have any experience of this issue with your own handset, please let us know in the comments. Information like model number, firmware version, when you bought the phone, and where it was made (should be printed under the battery or printed on the end cap) would be of particular interest.

The more data points we all have, the better....

David Gilson for All About Symbian, 17th February 2011.

Thanks to NokiaDNA for their post which prompted me to look into this issue.