Yesterday Nokia announced the official release of Qt 4.7, the latest version of the cross-platform application and UI framework. A key addition is the inclusion of the first stages of Qt Quick (QML and Qt Declarative), a technology that allows for the rapid development of user interfaces and closer co-operation between designers and developers. The Nokia specific (Symbian and MeeGo) version of the Qt SDK, Nokia Qt SDK, will add support for Qt 4.7 shortly.

Qt 4.7 has been available as a preview version for a number of months, but has now been given its formal release. This marks the stable release point, indicating a readiness for main stream usage.

In addition to the introduction QML and Qt Declarative Qt 4.7 includes some important performance improvements, including improved QtWebKit performance, faster text rending with the new QtStaticText class and more.

"Qt 4.7 is an important step forward that keeps Qt at the forefront of UI and application development frameworks. Developers looking to create rich, fluid UIs and apps will be amazed at how easy it is to use the new features in Qt 4.7. Continuing to enhance Qt’s performance and stability is vital, and we’re proud to have taken Qt even further in these two areas." 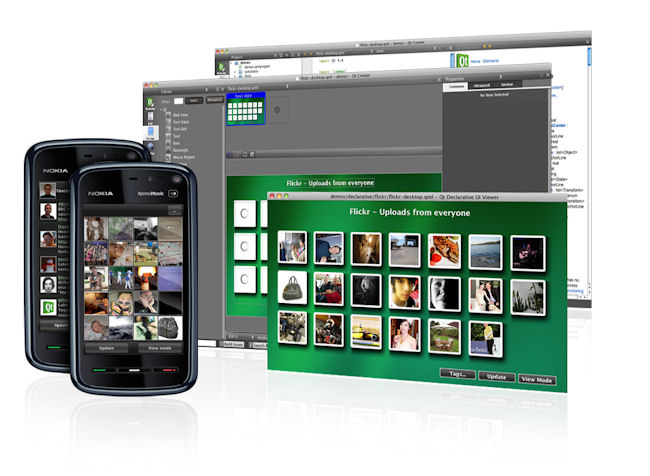 Symbian and MeeGo support for Qt 4.7

MeeGo 1.1, currently available in preview released, has built in support for Qt 4.7. Symbian^1 and earlier devices require a one-off Qt install, but in most cases this will be facilitated by the Qt Smart Installer, which can also provide an upgrade to Qt 4.7. Symbian^3 ships with Qt 4.6 built in; this will likely be updated in due course (i.e. in later Symbian^3 devices). Symbian^3 devices with Qt 4.6 installed will be upgraded through firmware updates and/or Qt Smart Installer.

What this means is that Qt 4.7 will rapidly become the Qt version of choice for developers looking to target Nokia's mobile devices. Its fully backwardly compatible with older versions (i.e. Qt 4.6), but the new version offers both performance improvements and access to some additional APIs.

Going forward Qt, along with WRT, is Nokia's language of choice for developing content on its mobile devices. Judging by the conversations I had at Nokia World it has been very well received by most developers. While its cross platform (with MeeGo) credentials were considered beneficial, the biggest plus for many was the way it made development easier and faster. Many of the developers I spoke expressed the opinion the the Nokia Qt SDK was as good as, or better, than the competing tools and SDKs on other platform; something which the majority felt was long over due.

More details are available of the Qt website and in the Qt Labs Blogs. Ars Technica also has an excellent write up of the new release.