Here's a common scenario. You've acquired a spare battery for your smartphone, either by buying one on purpose or by inheriting one from another device. Yet, in order to charge each, you've got to power the device down and swap cells, effectively using the phone itself as the charger. If, like me, you juggle more than one phone and more than one battery for each, this can get very tiresome. Enter this latest mains battery charger from Mobile Fun, compatible with nearly every Nokia smartphone battery from the last few years and reviewed right here. Summary? It's a slam dunk. 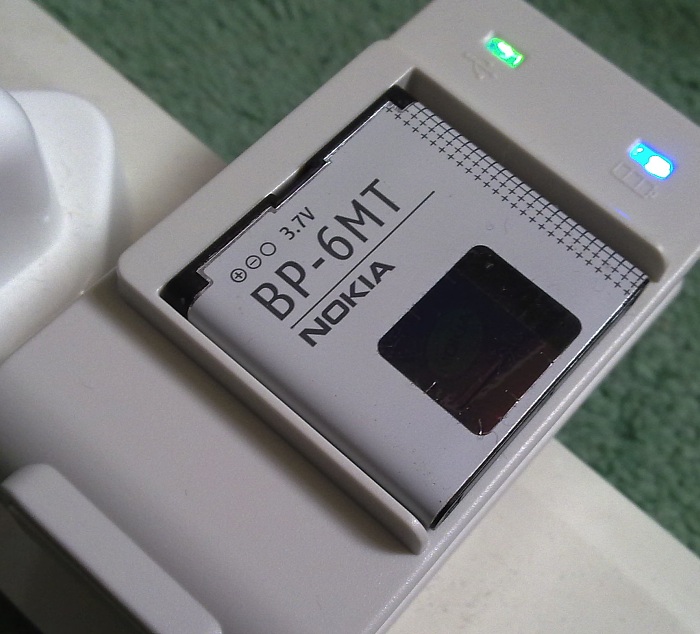 "In terms of output, and this is possibly the only real caveat, we're definitely talking slow charging, not express, possibly to make sure that even the lowest specced batteries don't get over-cooked. The direct battery charging pins can source 250mA (at 4.2V), roughly the same as the Nokia Travel Charger that many of us have seen or used. At this current, a BP-4L will take well over five hours to charge fully, but then the whole idea of this accessory is that time isn't an issue - you're not standing around tutting because the charging process is tying up your phone as well. When a battery is fully charged, the LED turns green."