Nokia has released an update, version 3.04, for Ovi Maps. The new version adds formal support for WiFi as a positioning method as part of an overhaul of the positioning functionality, plus significant performance improvements for search, zooming and map panning, a number of consumer-friendly UI tweaks and the addition of Qype information to the places database. Read on for more details.

Ovi Maps is one of the most successful parts of Nokia Ovi service offerings. As of the end of March 2010, Ovi Maps 3.03 (3.3) with free navigation has been downloaded 10 million times. Every day it is used to help navigate the equivalent of 15 times round the earth - that's around 200,000 km a day or 5.7 million km a month (and that's not counting the offline usage that the application also allows).

And now there's a new version available. We spoke to Nokia's Marcel Duee, who heads up the product team for Ovi Maps, about the details of the new release, the thinking behind it and what lies ahead. Read on for further details.

One of the headline additions in the new Ovi Maps is the introduction of support for WiFi positioning. This relies on a database of known WiFi hotspots correlated to their physical location. Each WiFi hotspot has a unique ID that can be use to identify it. When a phone is in range of a given WiFi hotspot it can use the ID to look up the location. The accuracy of such a system is generally within 10-20 metres as this is the range of most WiFi hotspots. The usefulness of the system is clearly dependent on the number of hotspots in the database.

WiFi positioning is important because it helps improves accuracy in urban areas. GPS systems can sometimes struggle in such areas because of the 'canyon' effect where tall building block GPS signals. Happily, WiFi hot spots are at their most dense in such areas so WiFi positioning helps fill in the gap. Nokia are collecting their own data about WiFi hotspots, rather than licensing a third party database. With Ovi Maps' large installed base there's clearly scope to collect such data quickly, although they do say that they will not collection such information without a user's permission.

WiFi positioning has been added at the platform level as part of Symbian's / S60's location framework. This means it can also be used by other applications that use the standard positioning APIs. 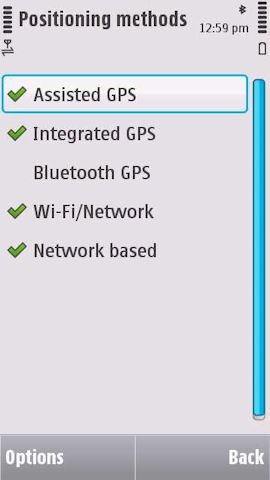 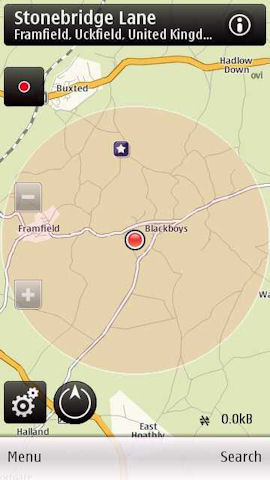 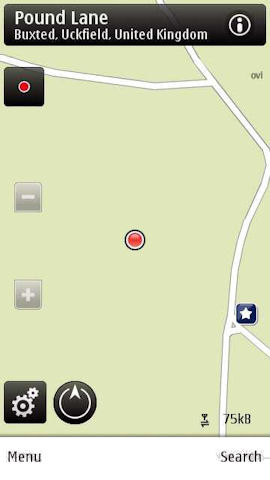 A further refinement is in the use of the location halo to indicate positioning accuracy. This has been present in previous versions of Ovi Maps, but the software will now set the zoom level automatically so that the entire location halo is shown on screen at the same time. If the user chooses to zoom in manually then the halo will disappear so that it does not get in the way of information displayed on the map (previously maps could be subject to a red haze).

So what's the thinking behind these changes? Marcell Duee explained that the change was in response to consumer feedback. The typical response of users is to say, "I don't care what technology is behind it, I just want to know where I am and how accurate is it?" Moreover, positioning technology is changing - using an on screen indicator geared around a single positioning technique doesn't reflect the current state of technology in positioning. It is also, in part, about user perceptions; by using a single on screen indicator, the perception will be that the software is getting a location lock faster. The idea is that the "technology should not get in the way of user experience"; this is a theme than runs through many of the changes in Ovi Maps 3.04.

Marcell also mentioned that Nokia is looking to keep its innovation leadership in positioning. As an example, he described how there have been changes to A-GPS in the new release. Typically the triangulation techniques used in A-GPS are more challenging in larger countries (e.g. USA, China) and therefore it takes longer to get a fix. In order to get around this Nokia have added an additional value attribute to its system, which should give faster fixes.

The second key area of improvement in Ovi Maps 3.04 is in overall performance. The new version has faster map zooming and searching. Although there are no obvious visual changes, there are numerous 'under-the-hood' changes that make this possible.

As part of an effort to provide a better user experience, there have been a number of small changes. For example, if you search for a city (e.g. Paris), when you view the result on the map the software will set the zoom level such that you can see a full overview of the city (rather than zooming into the centre). This may seem like a small change, but from a technical view point it is not trivial - every city has a different bounding box, which must be specified, and the zoom level set appropriately. 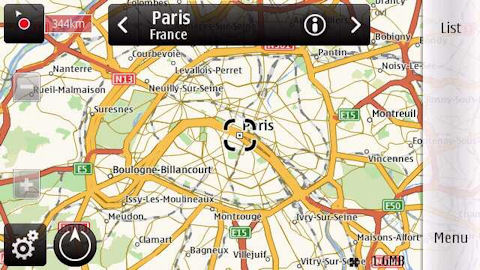 An additional example of this are the changes to the homescreen of Ovi Maps. The differences aren't immediately apparent, but a closer look will reveal that the icons and text are slightly larger and consequently clearer. 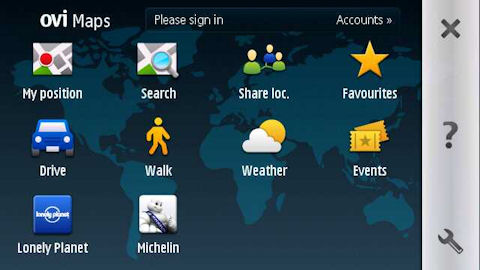 The second big headline addition in Ovi Maps 3.04 is the addition of Qype to the places database. Qype is Europe's leading portal of user generated reviews and recommendations for places, events and experiences. It covers more than 15,000 European cities and towns and has collected more than 1 million user reviews. 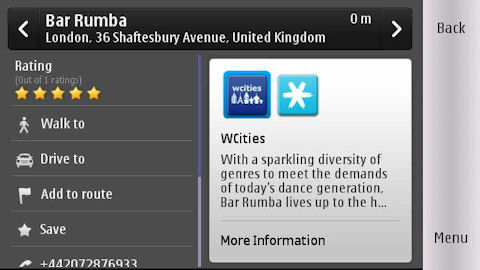 Qype in Ovi Maps, in this case it is being used to provide additional information to an existing place.

Qype is being used to help bolster the number of places (points of information) in Ovi Maps as well as provide additional information about existing places. As with Ovi Maps' other data providers (WCities, Michelin, Lonely Planet), additional Qype information can be accessed by looking at the details of a place and following the 'more information' link, which loads the Qype page shown below. 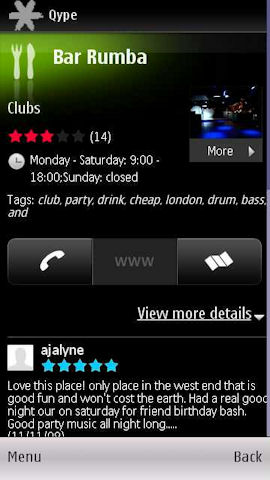 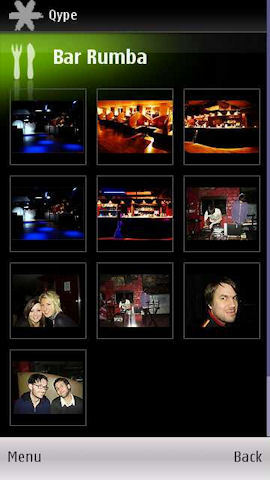 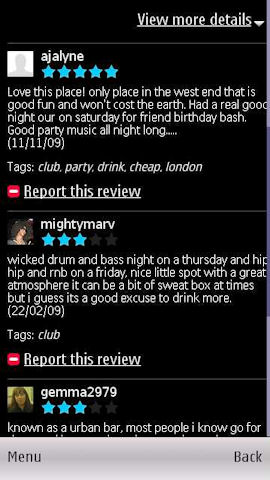 A Qype place has general information, such as contacts details and opening times. There's also an option to view a photo gallery associated with the place (from photos uploaded by users), but arguably the most useful information is the user generated review, which lets you get a quick overview of what people think of a place. This has particular relevance for restaurants and commercial services. There's also a link to the Qype mobile site at the bottom of the review, where you can add your own reviews if you are registered as a Qype user.

Marcel also explained that there have been changes to the way Ovi Maps is developed, with a view to decreasing the amount of time between releases. The Maps team has moved towards an agile development team, but improvements have also come from better integrating the various elements that go into Ovi Maps. It's a complex piece of software and has large software stack - it is not just about the front end elements, but also some of the platform pieces (e.g. positioning) and the data coming in from NAVTEQ. These various components need to be synchronised in order to proceed with a timely release schedule. Part of this process has been building in better response to user feedback, Marcel noted that the big positioning push in Ovi Maps 3.04 was largely the result of consumer demand, as was the recent release of Ovi Maps for the Nokia E71.

The 3.04 release comes less than four months after the release of 3.03. By contrast, the release before than took around eight months. While some of this can be explained by the respective size of the release, it also reflects the changes made in the development teams. Going forward, we can expect additional releases at a healthy rate as Ovi Maps evolves further.

You can download the updates from nokia.com/maps or nokia.mobi/maps. It will also be available via Ovi Store and SW Update.