Own Voice - record and share your own Ovi Maps instructions

Own Voice for Ovi Maps, an application that lets you record and share your own voice instructions for turn by turn navigation, is now available on the Ovi Store. Once you have recorded your voice pack you are able to share it with other Own Voice for Ovi Maps users by uploading it to Nokia's servers. Alternatively you can browse and download the voice packs contributed by other users; there are already contributions from a Cylon Centurion and the Grim Reaper. Read on for further details.

Recording a voice pack is a simple process, just follow the on screen instructions to record the 54 different voice clips which are required. It takes around seven minutes, depending on how long you take to record each sound sample. 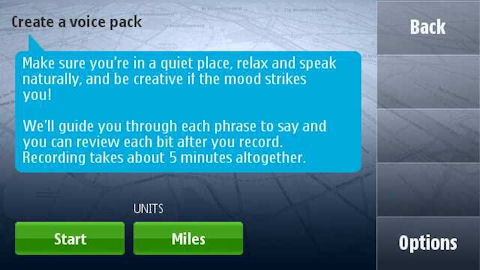 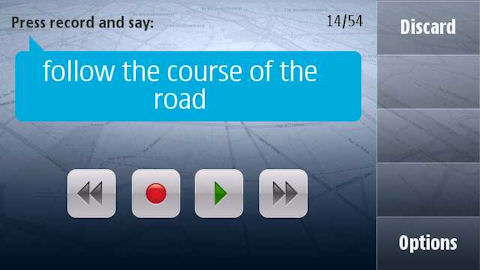 Once you have completed a voice pack you are given the option to upload to it to Nokia's servers so that it can be shared with the world.

If you don't want to record your own voice pack you can browse the voice packs uploaded by other users. There's a recommended list, which should contain some of the higher quality voice packs, as well as a list of popular voice packs and a listing for all voice packs. At the time of writing there were more than 50 available voice packs, which will no doubt grow significantly in the next few days.

You can also browser and preview available voice packs on your PC using the dedicated Own Voice website. 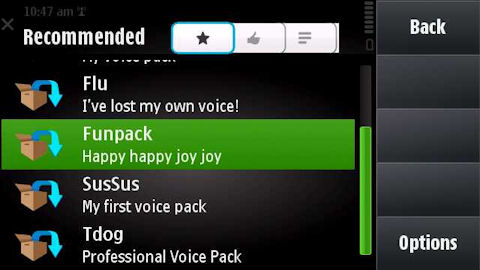 For each voice pack there's an option to play short preview and rate the voice pack (presumably used to generate the popular and recommended lists). It's good to see Nokia have also included sharing options (Messaging, Twitter and Facebook) so that you can let you're friends known what voice pack you're using (it's also a clever way to promote the service). 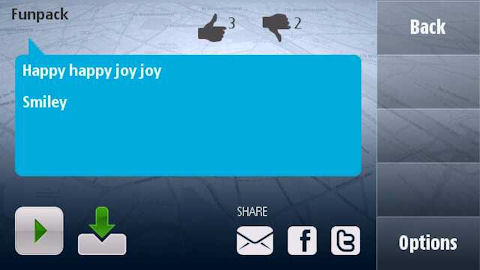 Once you have recorded a voice or downloaded a shared voice pack you need to select it in the Ovi Maps applications (Settings -> Navigation -> Drive -> Own Voice). If you don't see 'Own Voice' as an option you will need to upgrade to the latest version of Ovi Maps.

More information is available on the Ovi.com site. 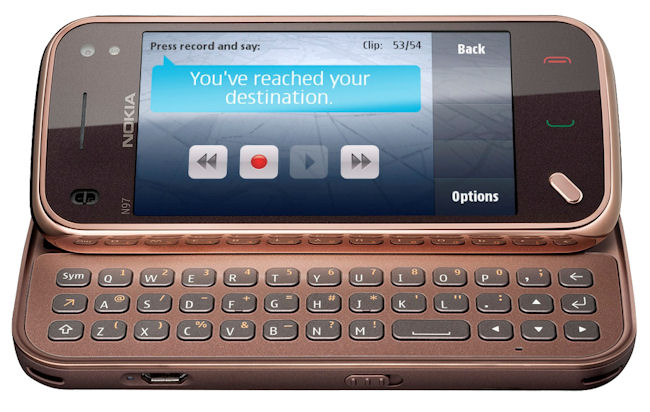 Filed: Home > News > Own Voice - record and share your own Ovi Maps instructions