The phone will ship with a full range of Ovi services (Maps, Music, Messaging and Store) and marks the debut of Web TV and Social Networking integration service. With Symbian^3 comes a number of changes both to the platform and the UI. Among the highlights are support for multi-page homescreen, re-written graphics architecture, a renewed music experience with cover flow and easier access to albums, visual task switcher, streamlined menu structure with Direct UI single tap paradigm and performance improvements across a broad range of areas.

The N8 marks a number of important firsts for Nokia: it is their first Symbian^3 device (latest version of the Symbian platform), their first 12 megapixel camera, their first HD video recording phone and their first phone using the new (third generation) hardware architecture (re-introducing a graphics co-processor).

A key promise of the Nokia N8 is HD video consumption and creation. The camera shoots 720p video at 25 frames per second, which can then be played back on the device (down-sized) or via the HDMI out port (using the supplied cable). Nokia is also introducing the Web TV service, which delivers content-on-demand from local and global TV favourites (e.g. CNN, E! Entertainment, Paramount and National Geographic; with additional 'channels' via Ovi Store). This content can also be played back via the HDMI out functionality, which includes support for Dolby Digital Plus Surround Sound. Together this ensures both high quality video and audio play back.

For what is clearly a high end specification it also breaks new ground on price. At €370 / £320 / $499 it will be significantly under cutting many devices with similar or higher specifications; consider that the Nokia N97 had a launch price of €550. 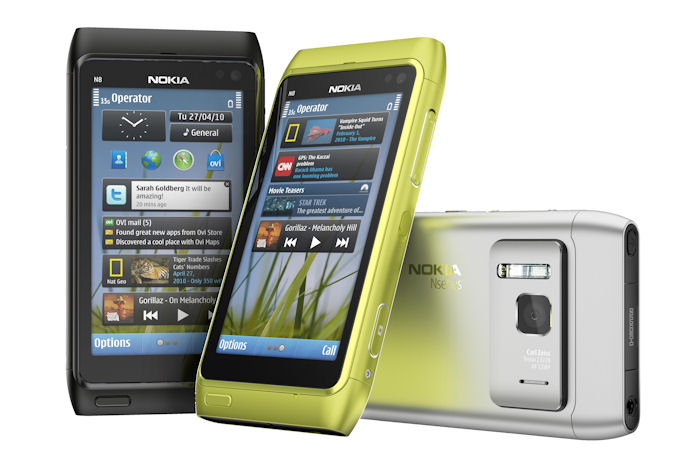 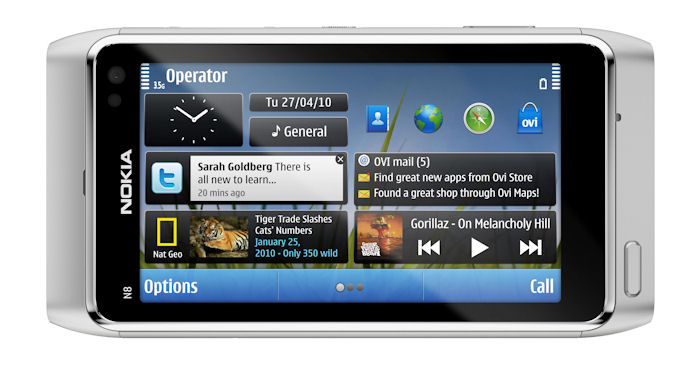 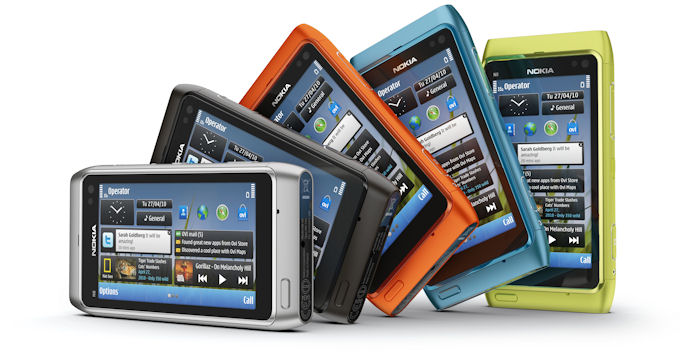 We'll be updating this and other stories through out the day.

More videos can be found on Nokia's YouTube channel and on Nokia Conversations.