Arguably the last firmware date for the Nokia N86 8MP, but extremely welcome anyway, version 30.009 firmware mainly features the latest Ovi Maps client and is now available via Nokia Software Update (142MB) and soon Over The Air as well in most regions. The usual caveats about network-branded phones getting this at a later date apply, as do taking precautions by backing up first - just in case. More details and screens below. 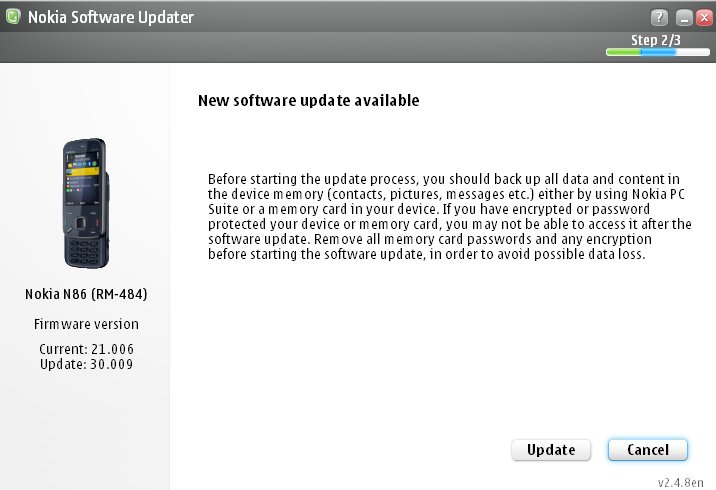 Version 30.009 is described by Nokia as a 'Maintenance' update:

Can you add to this changelog? What else have you noticed that is new?

Notice the backup warnings on the NSU screenshot. Although, in theory, you can update firmware 'in place', with User Data Preservation, regular readers will know that I usually recommend hard resetting phones after a major firmware update, followed by restoring user data and then reinstalling apps as needed - for that 'fresh and fast' performance. Not least because your existing installations of Ovi Maps and Nokia Messaging (etc) are now duplicated by apps in the main firmware.

Minor glitches after a hard reset involved the screen being ultra-dim until I'd explicitly gone into Settings to change the brightness, and display auto-rotation not working until I'd done an additional phone restart. Technology, eh? These devices are so complex under the hood!