T-Mobile UK are having a one day sale on their range of PAYG (Pre-Pay) mobile phones. As a result, the Nokia 5230 is available for £79.99. As part of the package you'll also get an 8GB microSD card and six months of Internet access. The 5230 is also one of Nokia's Ovi Maps free navigation phones, so you'll also be getting worldwide free sat-nav too. We think this represents fantastic value for money for those looking for a low cost smartphone or for a backup phone. But you've only got til midnight. More analysis below.

The offer is available through the T-Mobile website for today only; the price then reverts to £99 - still excellent value. The Nokia 5230 is a low end Symbian^1 device (no WiFi, limited 3G speeds, 2MP camera, cheaper materials/construction), but includes the full range of Ovi services out of the box (Ovi Maps, Ovi Store, Music, Messaging).

The T-Mobile 'free Internet' bundle is worth £20, which, together with the 8GB microSD card at £15, gives you extras worth around £35 if purchased separately. The Internet bundle runs for six months and has a fair usage policy of 1GB per month. At the end of the six month period you can buy additional booster packs for another 6 months (£20) or for a month at a time (£5).

When buying the phone you will also need to buy a £10 top up, taking the total cost to £89. Although not explicitly stated, the phone is likely to be locked to the T-Mobile network. 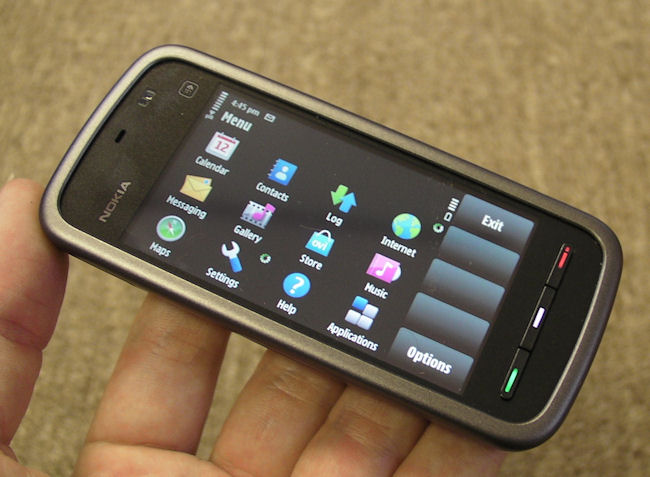 Getting a smartphone, with a decent amount of memory and six months of Internet connectivity for under £80 is remarkable value.

The pricing here stands in sharp contrast with the cost around a contract smartphone. Typically the total cost of ownership (TCO) of a high end smartphone bought on a contract ranges from £600 - £1000 or more over a two year period.

However, a direct comparison with the cost of a high-end smartphone isn't really the point. A low price point for any smartphone makes it more accessible to more people and broadens the addressable market for such devices. There may also be a market for people buying a second device as a backup or as an appliance (e.g. as an in-car GPS); while I would anticipate this being a minor factor currently, it it a future trend to watch.

There's also a contrast to be drawn with the US. The Nokia 5230 is now available on T-Mobile in the US as the Nokia Nuron. It is available on a contract for $69 or pre-pay for $179 (£120). When you start factoring in calling anad data costs (be they PAYG or contract) it becomes apparent that it is more expensive to buy and use the phone in the US (the same is generally true of more expensive devices too). The point is the cost or buying and using devices in different markets varies greatly. Incidentally, despite this comparison, the Nuron is one of the cheapest smartphones available in the US (especially as it has a $10/month data plan, rather than the usual $25+).

Thanks to shadamehr for the heads up.