If you've been following my continuing review of the Sony Ericsson Vivaz, you'll know that it has a small but perfectly formed body and a great camera/camcorder. But what about its new custom homescreen and media suite? It's pretty enough, but I look at all the options and weigh in with opinion on what Sony Ericsson could have done better. Could the Vivaz have presented a more unified user interface? Here's part 3 of my Vivaz review. 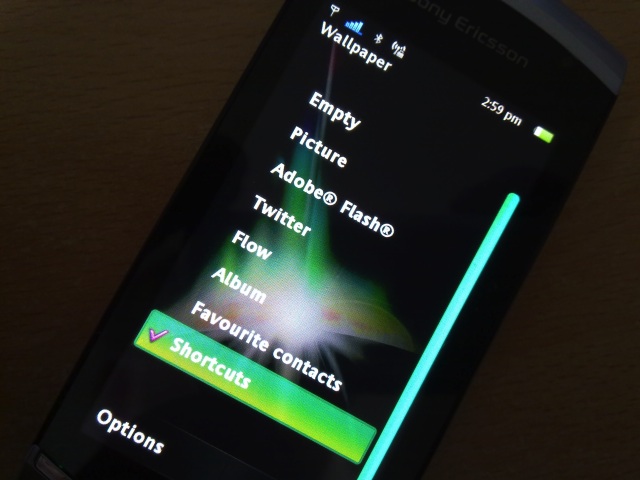 "As with the Satio, the Vivaz uses vanilla S60 5th Edition, with no Symbian-provided bells and whistles (sadly), but with a custom 'kinetic' front end added by Sony Ericsson. This comprises a Flash-based replacement standby theme, plus a comprehensive (native Symbian) media suite (music, photos, videos).

The Flash-based standby system is fine as far as it goes, but ultimately it's arguably a lot more limited than similar systems in other 2010 smartphones. The current options, for each of the five 'tabs' are:"