The Nokia N86 8MP just got a minor update to v21 firmware. Version 21.006 replaces v20.115 and is, unashamedly, a maintenance release, improving performance further and fixing a number of minor bugs. We might have to wait for an official changelog for this one, but please comment if you can add a specific observation. v21 is 700kb and is now available via Nokia Software Update and over the air on the phone itself in most regions. There's full User Data Preservation, but back up to memory card, just in case? (via CJ)

A further update introducing new functionality was originally planned but we don't know the latest status of this. Watch this space. 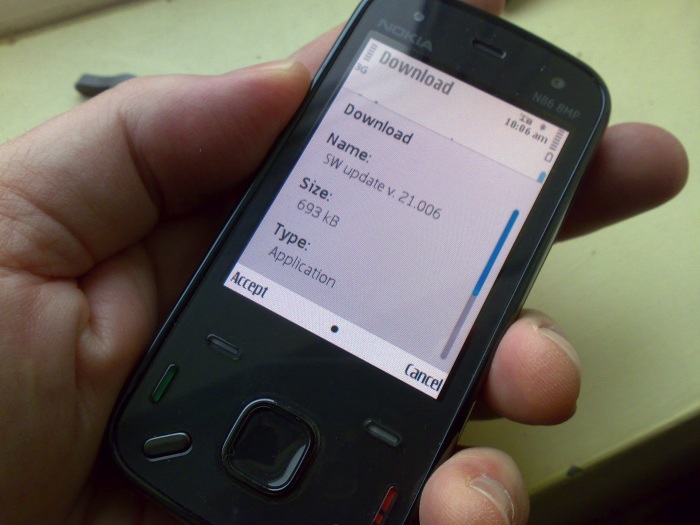