There are plenty of reports of firmware updates for Nokia smartphones over the last few days from various world regions, watch this space for more. New today (screengrab below) is v20.0.080 for the Nokia 5530 Xpress Music (you know, the smallest S60 5th Edition one), weighing in at 140MB via Nokia Software Update and rolling out Over The Air as I write this. All these Nokia devices should preserve all data, apps and settings, but an extra sync/backup might be a good idea, as usual? 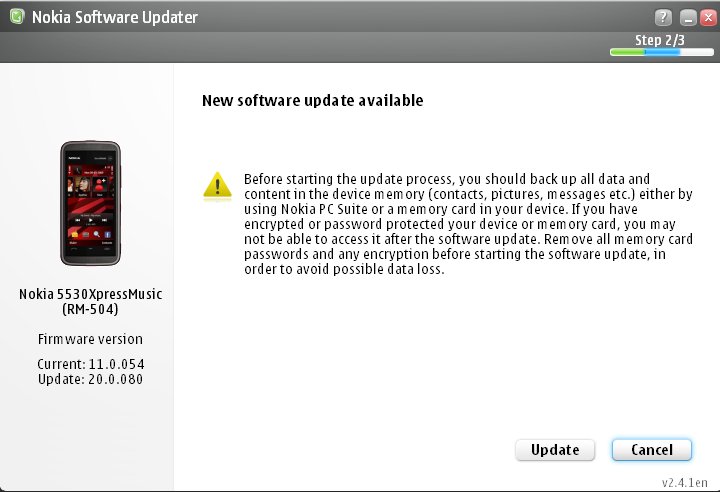 Note that "v20" simply means the planned 'Product Release 2.0' update - in this case adding updated versions of Ovi Store, Ovi Maps, Nokia Music widget and more. "v20" doesn't mean that it includes kinetic scolling in all screens - this was something backported from Symbian^2 for the N97 and N97 mini.

There are also speed improvements and a number of minor bug fixes.