The Nokia N86 8MP has received its v20 firmware upgrade a full week or so ahead of schedule, with v20.115 now available over the air (*#0000# on your homescreen) and via Nokia Software Update. There's a changelog below, but all you need to know is that this preserves user data and is a must-have - it's 8MB, large for an over the air update, takes over five minutes to apply and updates getting on for 6% of all OS files and modules. Read on. 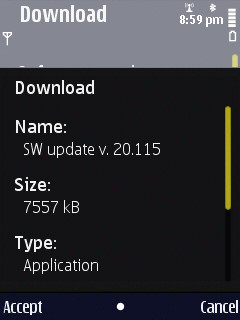 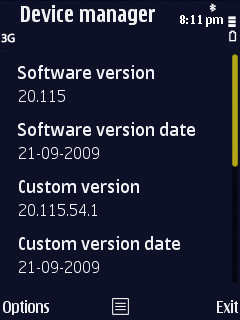 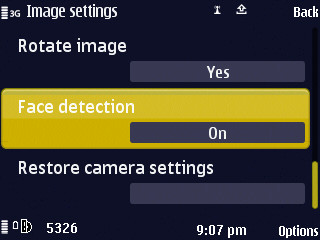 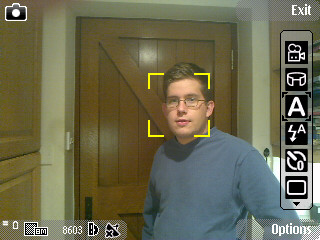 Face detection is indicated by a yellow square. 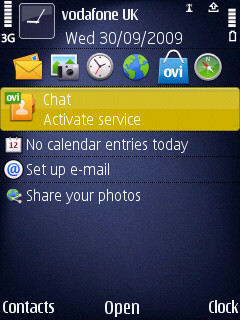 In short this is a must-have upgrade. I have been using product code RM-484, but other N86 variants should get v20.115 in fairly short order. Network-branded handsets will, of course, have a much longer wait.....

PS. It's worth noting that some bugs are still present. BBC iPlayer downloads claim to be 'downloaded to Gallery' but in fact aren't shown (you have to launch them from File manager). Feel free to chime in with unfixed bugs in the comments.